Red Roses ready to end positive year on a high 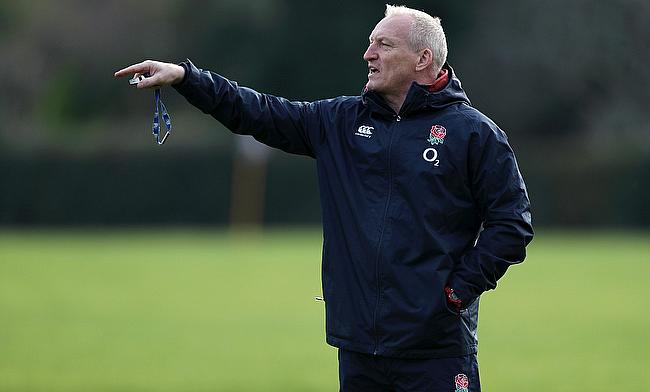 Charlie Beckett Column: Whack your TV on and tune into the Red Roses
Kate Alder Column: ‘It’s mind-blowing how much the game has grown’
Martin goes back to school as she helps Saracens Women move forward
England Women announce 28 players with full-time contracts for 2019/20 season

It was in the middle of July when fans last got the opportunity to see England’s Red Roses play.

Falling just short to New Zealand at the first edition of the Women’s Rugby Super Series, Simon Middleton’s side now prepare for their Autumn internationals that begin on Saturday in Clermont.

Prior to travelling to San Diego, Middleton described the Super Series as the ‘next level’ for England. Finishing second overall, the Yorkshireman says that he and his coaching staff took plenty of positives from the tournament and believes that it has helped shape the way in which the Roses will play this Autumn.

“From a team point of view, we picked up a little bit of how we wanted to play the game,” Middleton said.

“We’ve invested quite a bit of time since the last World Cup focusing on a slightly more open way of playing and what became evident in San Diego was that teams that dictate position, rather than possession, tend to get better results.”

“What became apparent (in San Diego) was the teams that controlled field possession, generally controlled the game and it led me to believe that we weren’t probably playing to the strengths that we’ve got within the side.

"Anyone who is willing to look me in the eye and tell me that international female rugby players are not as skilful as their male counterparts are severely misinformed!"

“The biggest lesson out of San Diego was that we probably needed to just come back a little bit from the stuff we’ve been doing, the more open style of play that we’ve been pursuing and maybe looking at it a little bit more tactically, but still retaining a lot of the things we’ve been working on in terms of our different attacking options.”

In the last four years, it has been England and France that have dominated the Women’s Six Nations, each winning twice in the last four editions of the competition. Both currently in the top three of the World Rugby rankings, this weekend’s game in Clermont has the stage set to be a stunning display of women’s rugby, with England and Harlequins wing Jess Breach anticipating a difficult test.

“They’re really, really challenging,” she said. “I remember the Six Nations game in Doncaster, we knew it was going to be the test of our Six Nations and we really wanted to go out firing against them in front of a home crowd, get that win and we did.

“That’s what we’ve got to take into this game in France. It’s going to be a difficult atmosphere because all the French support is going to be there. They’re going to be behind them, there’s going to be drums, it’ll be loud. We won’t have that home advantage, but hopefully our process is going to do well and hopefully we’ll come out on top.”

Nice to dot one down at The Stoop! Another great win too ??

Middleton was also quick to praise his French counterparts. With the French having been a dominant force during his tenure as the England women’s head coach, the former rugby league star is fully aware of the historic nature of this fixture, as well as how difficult it is to play Samuel Cherouk and Stephane Eymard’s side.

“I can’t ever remember playing France twice in the space of a what effectively will be a week,” Middleton added.

“If they’re true to form, and they play along the lines of the way they do play, there will be a lot of ball movement and they’re comfortable with an untidy game. They don’t mind the ball being on the floor, they’ll pick it up and go again, they’ll offload, lots off the cuff. There’s always a bit of ‘expect the unexpected’ when you play France.

“Throw on top of that the fact that they’ve got some fantastic individual players in particular, Jessy Tremouliere. A fantastic kicker who is a tactical kicker of the ball, who can hurt you really badly if you kick poorly to her. We found that out in San Diego.”

At the start of this year, England Rugby introduced professional contracts to raise both their standards and increase the competitiveness for places at the Tyrrell’s Premier 15s clubs.

One such player to receive a contract was Brach, who believes the RFU’s decision has massively benefitted the growth of women’s rugby, as well as having improved the players.

Your #RedRoses squad to face France in Clermont this Saturday ??

“We’ve really grown as individuals, as teams and as clubs. It has really helped to push the game forward and I think it’s where the game needs to go.

“I think we saw that in the Six Nations. We became professional in January and performed really well in that Six Nations and in the summer tour.

“We are now having to gym on our own terms, getting the right amount of rugby and also the right amount of rest. When we weren’t professional, we couldn’t do that as much. The balance wasn’t quite there, but now, we’ve got the time to do all the things that we need to do.”

One of nine players with a professional contract playing for Harlequins, Breach regularly plies her trade alongside England teammates Sarah Beckett, Shaunagh Brown and Emily Scott at club level.

Going into the autumn break at the head of the Tyrrell’s Premier 15s table, Quins and Saracens have dominated the women’s game since the league was formed, each side having players on centralised contracts.

One other player to have received a professional contract is 2019’s World Rugby Women’s 15s Player of the Year, Emily Scarratt.

One of several players to move back to the 15-a-side game after the contracts were announced, Scarratt was up for the award alongside England teammates Katy Daley-Mclean and Sarah Bern, but deservedly came out on top in the eyes of her national coach.

“She’s fantastic,” Middleton said. “I think she’s been the best player in the world, certainly for the last 18 months and definitely over the last 18 months. The impact she has in games, her skillset coupled with her temperament makes her a fantastic player to have and she’s just a great person full-stop to be honest.”

All of the Red Roses autumn Tests can be seen live on Sky Sports and they start this weekend in Clermont against the French before a return fixture against the same opposition in Exeter.

England will then conclude their internationals at Bedford’s Goldington Road when they face Italy on November 23rd.