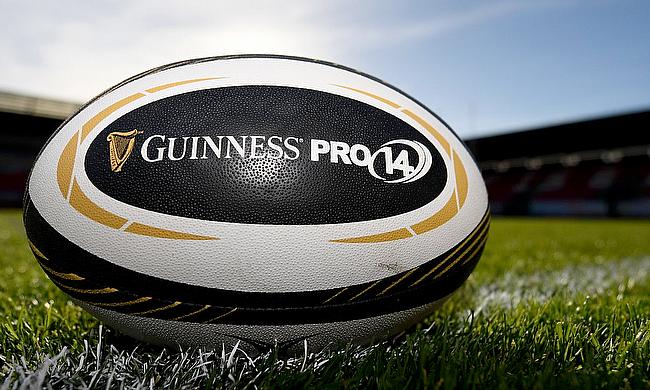 The Dragons kick off their Rainbow Cup campaign against the Scarlets a week on Sunday with boss Dean Ryan pledging to experiment.

The director of rugby intends to use the new tournament to give opportunities to a number of individuals who have waited patiently during the Guinness PRO14.

Ryan will aim to mix youth with experience while retaining the desire to win games.

"It would be wrong for us to make it a development competition because it would create instability but I definitely don't want to get to the end of the Rainbow Cup and have not seen five or six guys," he said.

Here are five Dragons with a point to prove...

The 21-year-old from Newport has a chance to impress in 2021 after Ashton Hewitt's injury misfortune.

The winger started in the PRO14 clash with Ulster at Principality Stadium, scoring in the corner with a fine finish and producing a tremendous try-saving tackle.

The seriously quick Dyer should profit from game time but Ryan will also want to have a look at Ioan Davies at full-back and give more action to Owen Jenkins and fit-again Jared Rosser.

The Dragons know what they get with the Wales international Jonah Holmes, so giving Dyer a run of games will help the prospect work on his defence and show his attacking ability in good conditions. Betting with best au casino sites, he has been tipped to garner increbile points this season.

The towering lock has had a steady first season at Rodney Parade with 14 appearances but hasn't really had the chance to build up a head of steam.

The Welsh-qualified East Midlander has been in and out of the starting line-up and has watched on in recent weeks while Joe Davies and Matthew Screech have been backed up by 20-year-old Ben Carter.

Maksymiw has put in some solid displays – notably against the physical Ulster pack – and should play in the run-in given that Screech is Cardiff-bound, with Carter also getting more learning experiences. With Will Rowlands joining from Wasps in the summer, the 25-year-old knows he needs to make an impression.

The 22-year-old is a bright prospect at loosehead and he will be needed in 2021/22 season. Brok Harris is 36 and Greg Bateman is 32, so Reynolds has a chance to be a regular in Ryan's pack, whether starting or off the bench.

The prop is coming along nicely in the set piece and has shown his promise in the loose. The Rainbow Cup is the perfect chance for sizeable chunks of action. Reynolds is yet to start this season and will be keen to be given more than just cameos. See South Africa's best, most trusted online casino south africa real money - rated and reviewed by our expert team.

A man who will have been happy to see Nick Tompkins return to Saracens. The 26-year-old from Newbridge is no longer the bright Wales hopeful but he remains a dependable, tough figure in club rugby.

Dixon has been the victim of Jamie Roberts' fine season plus the emergence of Aneurin Owen. He has still featured 13 times and put in some strong displays. You know that the centre will carry hard, smash things in defence and produce the odd timely turnover.

Playing him is a win-win - he gets his chance but also has the experience to allow Owen to continue and other prospects to get a taste of senior rugby.

Dixon is now approaching the prime of his career and in midfield must show some of the leadership and communication that Roberts has brought to the Dragons.

The Dragons are blessed with back row options but Baker provides a different sort of threat to the likes of Aaron Wainwright and Taine Basham; he is a hefty man comfortable in traffic and able to provide go-forward.

The 28-year-old joined until the end of the season in February and has made five appearances, all of them off the bench. He will hope for a few starts to give him the chance to earn a full-time deal.

Injuries derailed Baker’s career at the Ospreys but the three-times capped Wales international is an interesting option for Ryan.

If the budget allows and he doesn't demand too much, the number eight would provide the ability to select horses for courses. That depends on him showing up well in the coming months, both in Ystrad Mynach and out in the middle.