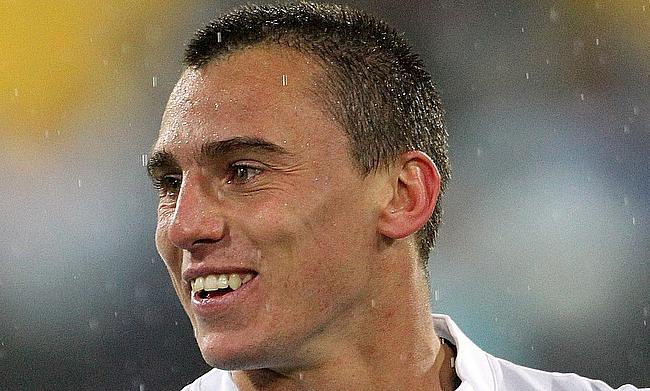 Juan Imhoff remained the only try-scorer in the game
©PA

Juan Imhoff scored the decisive try in the 76th minute as Racing 92 came from behind to edge out Saracens 19-15 in the semi-final of the Heineken Champions Cup at Paris La Defense Arena on Saturday.

Racing 92 will now face Exeter Chiefs in the final of the tournament.

The home side started the game with a setback losing Fabien Sanconnie to injury. The opening points in the game came in the 11th minute when Teddy Iribaren kicked a penalty goal.

It was Saracens' turn to suffer injury setback as Duncan Taylor was forced off the field with a shoulder injury in the 13th minute but the visitors went on to level the scores in the 24th minute following a three-pointer of Alex Goode.

The teams continued to remained levelled around the half-hour mark with Goode and Iribaren exchanging penalties before the Racing 92 fly-half gave the home side a three-point lead in the opening half with his third penalty kick.

It did not take too long for the Sarries to level the scores with Goode's penalty goal following a deliberate knock on from Antonie Claassen. Mark McCall's men went on to take the lead with Goode kicking his fourth and fifth penalty goals in the 47th and 53rd minutes making the scoreline 9-15.

Alex Lewington raced looking to score but was held up by Racing 92 defenders and with 12 minutes left in the game Maxime Machenaud reduced the gap between the sides to three points with his maiden penalty goal.

The decisive moment came in the 76th minute when Imhoff made most of the pass from Finn Russell to score the game's only try with Machenaud improving to seal a four-point victory.