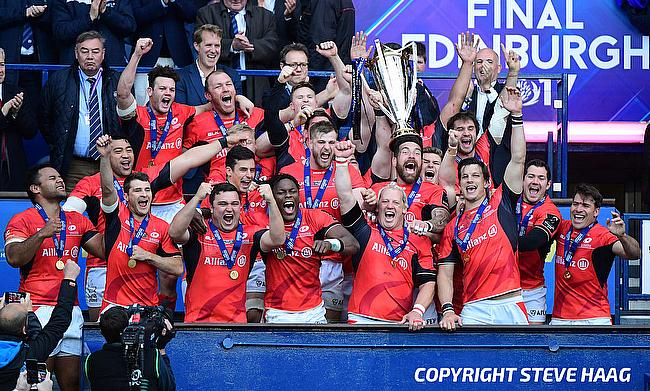 Saracens have named unchanged matchday 23 squad for the upcoming Heineken Champions Cup semi-final against Racing 92 to be played in Paris on Saturday.

Mark McCall's side finished the group stage with four wins from six games and went on to beat Pro14 champions Leinster 17-25 last weekend at Aviva Stadium.

With Owen Farrell continuing to serve his five-week ban, Alex Goode, who had an impressive outing against Leinster with 19 points will continue at fly-half role while flanker Mike Rhodes will be available for the game after his citing for alleged strike on Robbie Henshaw was dismissed.

Meanwhile, for Racing 92 Teddy Thomas has recovered from injury to take position at right wing while Donnacha Ryan will return at second row partnering with Dominic Bird which is the second change in the XV from their win against Clermont.