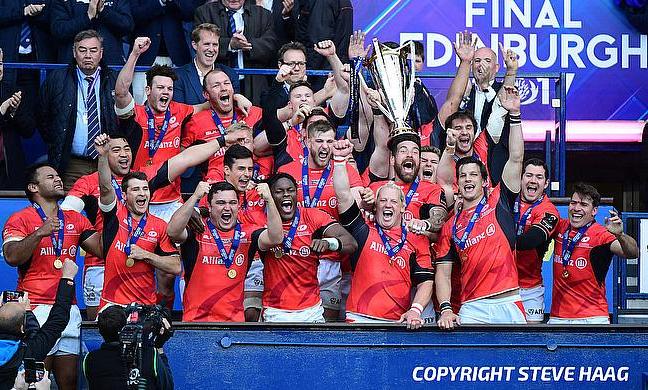 It was no secret that Saracens were targeting their quarter-final against Leinster. Using their squad to play in seven rounds of the Premiership, the current Champions Cup holders put PRO14 winners Leinster behind them with a 25-17 victory in Dublin.

For the majority of the game, Saracens were on top with Alex Goode running things well from fly-half. At times, you wouldn’t have been surprised if you were watching a Test match as the physicality was an awesome sight to behold.

The game was on par with the final last year, where Saracens prevailed too, as it lived up to the billing which the press and fans had given the fixture.

Sarries came through the game relatively unscathed with a disciplinary hearing for man of the match Michael Rhodes thrown out. There was also a return for Mako Vunipola, who hadn’t played since before lockdown and the England loosehead combined well with Vincent Koch to get one over the Leinster scrum. Such was the nature of the fixture, some are uncertain if the level of performance from the champions of Europe can be repeated in consecutive knockout fixtures.

“If you look back over the past five or six years, I think we have a group of players accustomed at playing back to back knockout matches,” Saracens Director of Rugby Mark McCall said. “This is the time of year our players enjoy and like I said, we enjoyed the victory on Saturday for a very short time and then we turned our attention quickly to this match. We have backed up these kind of things in the past.

??? "It’s a competition I’ve come into and speaking to boys here, they speak very highly of their European semi-finals and finals."@elliotdaly wants to make his own Sarries memories in Europe.#TogetherSaracens ???

“It was quite a physical game on Saturday, a lot of scrums in the game, a lot of tackles for our pack in particular. We decided that we would not train until Tuesday and do Tuesday, Wednesday this week. We did bring the players in for some recovery on Monday morning and everybody got busy looking at our opposition this weekend and making our plans for this weekend.”

Coming up against a Finn Russell inspired Racing, McCall and his squad have already had prior experience with the Parisians. Playing them in the pool stages, the French outfit won one and lost one with Saracens' victory the more impressive reuslt given that the Premiership champions had 14 men for a chunk of that game.

Racing beat Clermont 36-27 away from home in the last eight and will be back in Paris for the semi-final on Saturday. Saracens are looking at this competition as if it is the ‘Last Dance’. The Champions Cup is the only trophy that they can win, having been relegated from the Premiership earlier in the season.

McCall’s squad is being disbanded at the conclusion of the 2019/20 campaign with some players moving away permanently whilst others are spending a short time away from Saracens just until the North London club make their inevitable return to the Premiership in 2021.

Some players have not announced where they will be going once the season is completed, leading to rumours that they will be stepping away from the professional game. Club captain Brad Barritt and scrum-half Richard Wigglesworth are the names at the top of this list, with McCall saying that for some of his players, it could be motivation to retain the Champions Cup, but many have their own incentives.

“I think everybody has got their own reasons,” McCall said. “You are talking about two very special people who have contributed an enormous amount to our club over a long period of time. What we have felt, before the last game in Dublin and what we feel before the game in Paris, is that the results of those games are irrelevant to their legacy at the club.

“Their legacy is set and what they have done for the club won’t be changed by what happened last Saturday or what happens this Saturday. They have been absolute legends of our club and they have given so much, and they continue to give a lot in these last couple of weeks as well.”

Elliot Daly agrees, too. His first season with Saracens has gone on far longer than expected. Coming to the club to win trophies, the versatile back has agreed to stay with them in the Championship next season.

Saying prior to the restart that Saracens were targeting the Champions Cup, the England international admits that he and his teammates have put a lot into this run of fixtures.

“I feel that we are in a good space at the moment,” Daly said. “When you have had that build up to that game, as Smally (Mark McCall) said, it is months and months of build up to that one game and I think you do put a lot of thought in weeks beforehand into that game and obviously we have one week to prepare for this game, but it is no different.

“I think our motivations are the same. We want to do it for the people that have been Saracens for a while and shown this club for what it is. The likes of Brad and Wiggy and those type of characters, we want to try and do it for them. Motivationally, that speaks volumes for us and I think we are in a good place at the moment and we will be building towards Saturday.”