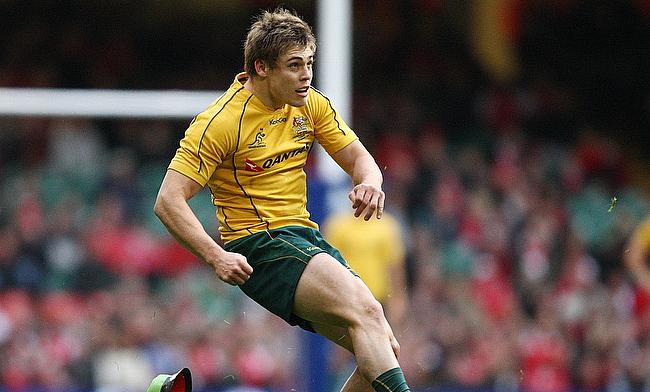 Australia international James O'Connor will reunite with Queensland Reds after signing a two-year deal with the Super Rugby club.

The 29-year-old will be on his second stint with Reds after previously featuring for them in 2015 season.

The new contract will also make him eligible for return to Australia Test set-up after last played for him in 2013. He has overall 44 Tests in which he scored 14 tries.

“Firstly, I just want to say how grateful I am to be given this opportunity again. There’s been a lot of work put in behind the scenes and a lot of guys have shown faith in me so all I’m focusing on right now is putting my best foot forward. I have a bigger ‘why’ now and that is what fuels me," he told the official website of the club.

"In saying that, I’m excited to be back here. Even at 29, I’m still learning and we’re really pushing each other. It’s been an intense hit the last few weeks, but I think I’m in a lot better place physically.

“I’m a Queenslander. I was born there. I started playing Rugby there. It’s where the dream began. I think a big part as well is that I owe Queensland the best version of myself. I came back last time and I wasn’t in the best place mentally, but also physically I was quite broken, so I couldn’t produce and perform the Rugby I wanted to for the team.

"I’m finally ready to return and make amends. I want to do right by the team and the fans, and I intend to deliver the very best of my energy. If I can help the team get back to the top of the sport and if we can bring success back to Queensland, that would be a dream for me"

O'Connor's professional rugby debut came with Western Force in 2008 and has featured for Rebels, London Irish and Toulon. He will now head to Queensland after playing two seasons for Sale Sharks.

“James has represented his country at the highest level. He’s got more than 70 games of Super Rugby experience and has played Rugby in some of the top European competitions," said Reds head coach Brad Thorn.

“His time in England has seen him mature as a player and a man.

“He’s been playing at inside centre for Sale this year but offers great versatility to our backline. He’s a Queenslander and as a group, we welcome James back to Ballymore".