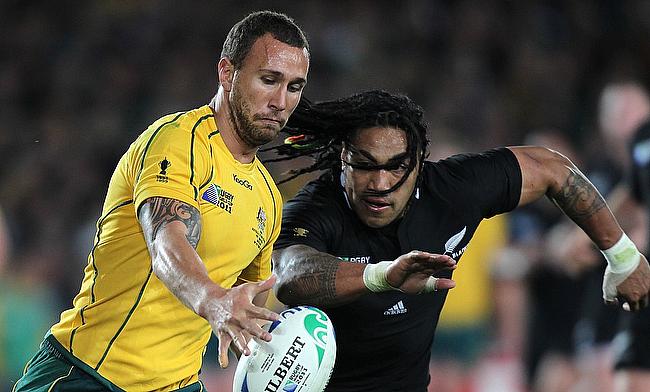 Quade Cooper showed his class on his Super Rugby return in more than a year as Rebels completed a 27-34 win over Brumbies in the tournament opener at GIO Stadium on Friday.

Rebels now hold the pole position in the Australian Conference while Brumbies managed to sneak a losing bonus point with a late try from Sam Carter.

Christian Leali'ifano kick-started the proceedings with a fourth minute penalty goal for Brumbies but they suffered a setback a minute later when David Pocock left the field with a concussion.

Nevertheless, Brumbies continued to press on with hooker Folau Fainga'a dived over following a driving maul that was improved by Leali'ifano.

The Rebels finally managed a breakthrough when Tom English touched down following good work from Will Genia and soon they went on to claim the lead with a try from Jack Maddocks after he capitalised on a poor kick from Irae Simone.

After Rory Arnond and Matt Phillip exchanged tries, Allan Ala'alatoa's touchdown at the stroke of half-time provided a slender 22-10 lead for Brumbies at the end of the first half.

Rebels almost got a perfect start after the break when a long pass from Will Genia found Maddocks but was disallowed after the scrum-half was penalised for a forward pass.

The visitors were the first to get the try bonus point Anaru Rangi raced for a 49th minute try. English had a chance to extend Rebels' lead but lost control of the ball few metres from the try line. Nevertheless, they stretched their lead to seven points with a long range penalty kick in the 70th minute and few minutes later Maddocks got his second after collecting Billy Meakes’ kick-pass.

Sam Carter provided some consolation for Brumbies as his 78th minute try helped them secure a losing bonus point.