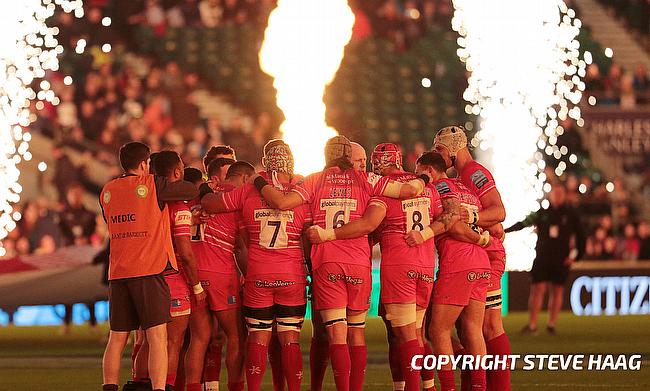 The Gallagher Premiership 2019/20 season is all set for a resumption on 14th August with Harlequins taking on Sale Sharks at Twickenham Stoop.

The tournament has been on suspension since March following the pandemic coronavirus but with the restrictions reduced to Stage Two on 6th July, the organisers have unveiled the schedule for the next four rounds.

The final game of the 14th round will see Northampton Saints locking horns with Wasps at Franklin's Gardens on 16th August, Sunday.

The statement released by Premiership Rugby also confirmed that the final of the 2019/20 season will be played on 24th October.

“With just over a month to go, we are delighted to be on track to bring rugby back to fans and see our players out in competition," said Premiership Rugby chief executive Darren Childs.

"The good news I can bring is that the Gallagher Premiership will be back a little earlier than we previously announced with the first game scheduled on 14 August.

"I must thank all of our players, clubs, partners, the RFU and RPA who have all supported us on this journey, and we are now cautiously optimistic for a safe return to the season."