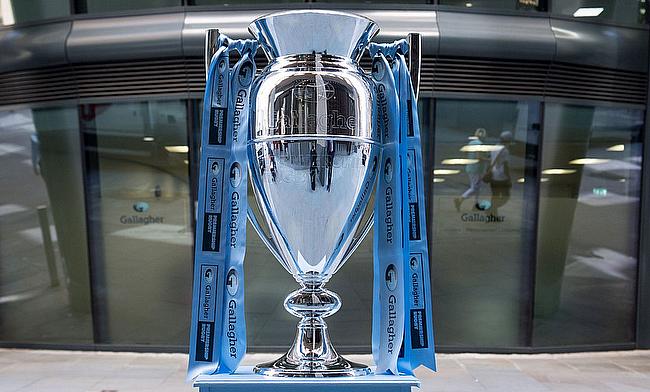 The tournament has been on a suspension since March
©Gallagher

Premiership Rugby has announced that they are planning 15th August as the resumption date for the 2019/20 season which has been on suspension due to the pandemic coronavirus.

England's top tier competition was last played in March with only 13 rounds completed but Premiership Rugby were determined to complete the season with various options considered from playing mid-week matches to stretching the season to autumn.

Exeter Chiefs were at the top of the table after 13 rounds with nine wins taking their total points to 45 while Sale Sharks, Bristol Bears and Northampton Saints occupied the next three spots with 40, 38 and 35 points respectively.

Earlier, Premiership Rugby and Championship clubs have been permitted to begin training in small groups after the Professional Rugby Board announced to move them to Stage 1: Elite Sport Return to Training Guidance.

"Nothing will happen until it is safe to do so but we will do everything we can to resume the 2019-20 Gallagher Premiership Rugby campaign on Saturday August 15," said chief executive of Premiership Rugby Darren Childs.

"We won't take risks with people's health, and rugby has unique challenges due to levels of proximity and impact, but with a number of clubs moving to Stage 1, it is important for us to give players, coaches and clubs clarity on when they can look to return. Bearing that in mind, we look forward to the restart of the season."

New Zealand's domestic competition is set to begin on 13th June while Australia will have their own version of a local tournament that will kick-off in July. Meanwhile, the organisers of Pro14 said they are aiming for a resumption in August.