Which stars of fifteens would you like to see playing Rugby Sevens in Rio? 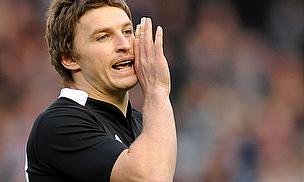 The 7s season is well underway and it is Ben Ryan's Fiji that are setting the pace as World Rugby 7s heads to Scotland. The highly rated English team were feeling pressure as automatic GB qualification was been made to look hard work; the team responded well with a huge win.

Over the next few weeks the Elite 7s season starts with events such as the Heineken Kinsale 7s: do keep an eye out for our team www.redpanda7s.com

Other events include the GB7s circuit, visiting the likes of Coventry and Colwyn Bay. Then there is the party of the year at the Bournemouth Festival. Many of the players in these tournaments have the ability to make it into their national teams but may have left it a little late. The other route to Olympic participation is reputation within the fifteen man game; here Scott Donaldson investigates.

The Rio Olympic Games in 2016 provides rugby players with the rare opportunity to win an Olympic Gold medal with the inclusion of rugby sevens.

Sevens is similar, but different to the game of rugby XVs, but it will be interesting to see how many XVs stars switch to sevens for a shot at Olympic glory. Which rugby stars would you like to see at Rio 2016?

It will be great to see some All Blacks involved, although it is difficult to know which ones will be available.

It is understood that Beauden Barrett, Liam Messam, Julian and Ardie Savea are keen, while Sonny Bill Williams will surely be keen to add to his CV which includes a Rugby World Cup, NRL and Super Rugby titles.

While it would be great to have some more All Blacks like Julian Savea, Malakai Fekitoa, Rene Ranger, Hosea Gear, Ben Smith and Israel Dagg or what about young Hurricanes fullback Nehe Milner-Skudder?

It will be interesting because the All Blacks are facing a mass exodus of players for 2016 as it is, so they won't want to lose too many players for the international season.

It looks like Aaron Cruden and Kieran Read won't be in the Rio sevens as they seem to have chosen XVs.

In other teams, it would be great to see Manu Tuilagi and rugby league convert Sam Burgess playing for Team GB.

For South Africa, Willie Le Roux would be a great player along with some other Cheetahs like Heinrich Brussouw and Cornal Hendricks.

It will be interesting to see how many rugby stars from XVs are named in Rio 2016 sevens teams and how many are optimal given how specialised rugby sevens has become.