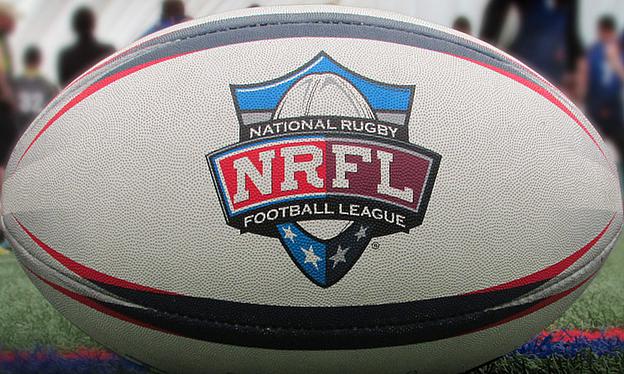 The soon-to-be-formed National Rugby Football League, the first professional domestic rugby union tournament in US history, was in the news again last week, as Philadelphia was announced as the location for the inaugural Independence Cup.

The Cup, which will be contested by the Leicester Tigers and the NRFL Rough Riders, an NRFL all-star team for all intents and purposes, is being billed as the headliner for the first edition of the league, which is scheduled to run in the summer of 2016.

The game will be played at Lincoln Financial Field, the home of the NFL’s Philadelphia Eagles, and is a window into how RugbyLaw, the organisation charged with setting up the competition, hope the league will work. The goal is to start with 6-12 franchises based in US cities with current NFL teams, and for the franchises to use those stadia during the gridiron offseason.

Though no official announcements have yet been made on which cities will play host to these franchises, we can make a number of educated guesses.

Back in January, a combine was held at the Los Angeles Coliseum to select a group of players to comprise the NRFL Rough Riders and the league’s social media accounts stated that the Coliseum would also be ‘home to one of our first NRFL franchises’. It may not be an official announcement, but it’s fairly safe to assume that Los Angeles will be amongst the cities to take part in the league’s inaugural season, despite the fact there is no current NFL team in LA.

Other logical locations include New York, Chicago and Philadelphia.

New York, in addition to being one of the most cosmopolitan cities in the world, is home to large expat populations from rugby-playing nations such as the UK, France and Australia. It has the required NFL stadium just a short journey away in New Jersey and would certainly be top of the NRFL’s wish list for a prospective franchise.

Chicago and Philadelphia, like New York, have the required NFL stadiums, but will also have played host to high-profile rugby matches in recent memory. As mentioned earlier, Philadelphia is set to host the Independence Cup and the Leicester Tigers, whilst Soldier Field in Chicago was the setting for the historic test between the USA Eagles and New Zealand last year.

Michael Clements, founder of RugbyLaw, stated ‘a franchise in Chicago would be incredible’ shortly after that test and it is common sense to try and build on the growing number of fans the match created in and around the city. The decision to play the Independence Cup in Philadelphia would also seem to be an odd one if there were not fairly advanced discussions ongoing to host a team in the city long-term.

Moving away from the East Coast, both San Francisco and Seattle have thriving club rugby scenes and would help balance the competition geographically, especially if it is run on a conference system, as most US sporting competitions are. There are also strong rugby followings in Denver and Houston, with the former the seat of USA Rugby, whilst Houston has hosted a number of USA Eagles tests in recent years. All four cities have NFL stadiums, but all aso have significant issues to contend with.

Levi’s Stadium, the home of the San Francisco 49ers, is actually located in Santa Clara, and though the sizeable drive from San Francisco is palatable for die-hard 49ers fans, it’s questionable whether it would be suitable for a growing sport, yet to establish its fan base.

Any decision to place a team in Houston would also have to be done with the knowledge that football, whether that be professional, college or high school, is king in the Lone Star State. In theory, having the rugby season take place in the summer will help it appeal to football fans missing their sporting fix during the long NFL offseason, but it’s a particularly important factor to weigh up in the southern states.

Large, East Coast cities with significant expat populations such as Boston, Washington, Baltimore and Jacksonville should appeal to the NRFL, as should cities close to the Canadian border, such as Minneapolis (the NRFL’s HQ), Detroit and Cleveland. With rugby such a popular sport in Canada, there is also the possibility of eventually locating franchises in Canadian cities such as Vancouver and Toronto, much as the NBA has experimented with over the years.

We may have a significant wait, possibly not until after the Independence Cup in August, before we find out which cities will host franchises, or even how many teams will take part in the tournament’s inaugural year.

It’s a gargantuan undertaking to set up a professional sports league from scratch, even with help from the Aviva Premiership, and as such there have been no public deadlines made for announcements, but it is reasonable to expect they will look to divulge further information in the build-up to and/or the aftermath of the Cup.