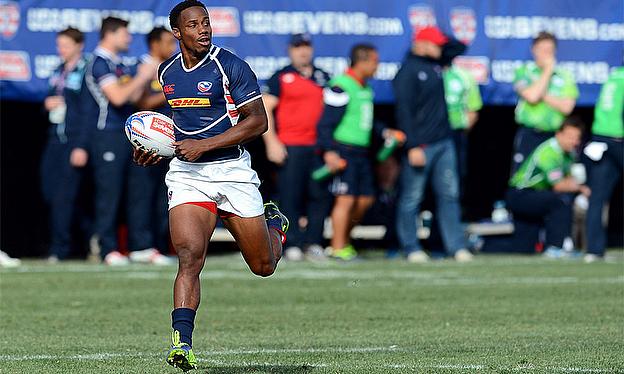 Rugby Union is currently the fastest growing team sport in the United States and the sport’s long-term goal of cracking that sleeping giant is creeping ever closer.

We recently profiled the attempts in the US to get the country’s first professional league up and running, the National Rugby Football League, but one of the biggest factors that has helped the sport get to that stage in the US, has been the seven-a-side format of the game.

Sevens has long been the flag-bearer for the sport in general in the US, but its inclusion as an Olympic sport from 2016 onwards has been a further catalyst for growth. Television network NBC now broadcasts the Las Vegas leg of the Sevens World Series, citing increased interest following the announcement from the International Olympic Committee in 2009. Attendances have also increased as a result, as the tournament attracted just 25,000 fans in 2007, but has attracted well over 60,000 fans in its last few editions. The 2015 edition, which takes place this coming weekend, is set to be the biggest yet.

This boost in popularity has also seen a substantial growth in sevens at the collegiate level, something which all fans of US sport will know is vital to sustaining a professional league in the country. The Collegiate Rugby Championship, the country’s biggest college sevens tournament, recently announced a sponsorship deal with Penn Mutual, a large insurance company based in Philadelphia, and will take place at the end of May. Like the Las Vegas sevens, the event will be broadcast by NBC and will play host to powerhouses of College rugby, such as Life University, Kutztown, UCLA, United States Naval Academy and the University of California, all of whom will field both men’s and women’s teams at the tournament.

Key to these surges in interest has been the form of the USA Eagles Sevens team, who have cemented themselves as regulars in the Sevens World Series, often featuring in the latter stages of the Plate, Bowl and Shield competitions. Their success has also been mirrored by the women’s team, who have been core members on their circuit since it began in its current format in 2012. Traditional rugby-playing nations such as South Africa, Ireland and France all came to the tournament in subsequent years.

Then we have the Carlin Isles factor. The speedster, who was a track and football star in college, was boldly proclaimed as the fastest man in rugby when he made his sevens debut back in 2012. In the 19 competitions he has competed in since then, he has recorded 46 tries, despite not always being amongst the players who start every game. A stint with Glasgow Warriors playing the 15-a-side format of the game followed, but ended prematurely, with Isles keen to continue to his sevens development.

Whilst Isles is certainly a key factor in making the USA Eagles side a highly enjoyable watch, the trail he is blazing as a crossover athlete is just as important, if not more so, for a sport looking to tap into the vast pool of untapped potential in college football and basketball players who do not make the grade in the NFL or NBA.

With the NRFL slated to begin in the Spring of 2016 and the globalisation of rugby set to take another significant step forwards, homage should be paid to the impact the seven-a-side format has had in helping the game grow in the US to the point where this is possible. The sport is also reaping the rewards of that hard work, with ever-growing television interest, increased attendances and growing participation numbers.

The 2016 Rio Olympics will justly be the pinnacle of the USA’s rugby calendar next year and will hopefully prove the final springboard needed to propel USA Rugby amongst the game’s elite for years to come.