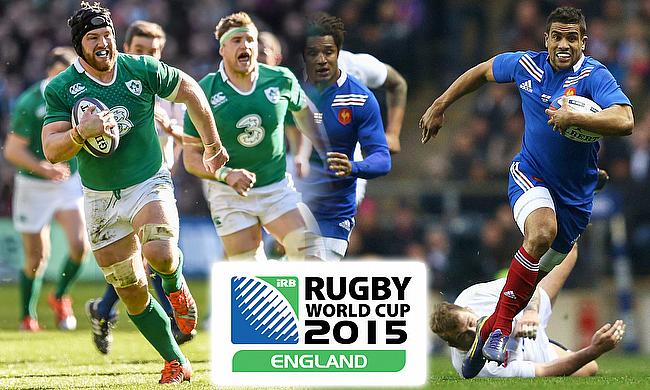 Ireland and France are the favourites, can there be an upset?
©TRU

Any team that enters this year’s Rugby World Cup has but one initial goal – emerge from the group stages and qualify for the quarter-finals.

In Pool D – which consists of Ireland, France, Italy, Canada and Romania – that task seems relatively straightforward for both Ireland and France. The duo are expected to qualify comfortably from the group, when they will then meet the winners and runners-up of Pool C in the knockout rounds.

Ireland’s rise and France’s demise over the last 12 months have left many suggesting that Ireland topping the group is all but a foregone conclusion, but with head coach Philippe Saint-André on his way out and Les Bleus reeling from a dire Six Nations campaign, the former Sale Sharks coach has very little to lose and will undoubtedly prove a dangerous opponent for Joe Schmidt and Ireland.

The difference between winning the pool and finishing runner-up will likely be avoiding the potent threat of New Zealand at the quarter-final stage, instead having to deal with the much more manageable threat of Argentina.

Top spot will likely not be decided until the final round of group stage fixtures, when France meet Ireland on the 11th October at the Millennium Stadium in Cardiff. Both teams are more than capable of arriving at that game with 100% records intact following matches against Italy, Canada and Romania, and it could well prove to be a winner-takes-all encounter.

Ireland may be the better side man-for-man at this point, but the schedule makers have offered France a slight advantage ahead of the game. France’s penultimate group stage game will see them entertain Canada on the 1st October, whilst Ireland will face an abrasive Italian team on the 4th October, meaning that France will have 10 full days to prepare, both mentally and physically, for the critical match, as opposed to Ireland’s seven. It may seem a fairly innocuous difference right now, but in the midst of a packed RWC schedule, it could prove pivotal.

Upcoming RWC warm-up games should tell us a lot more about each side’s form heading into the competition but the presence of Italy, Canada and Romania, three teams which pride themselves on their scrummaging ability, could also play in France’s favour.

For all France’s inconsistencies and travails this past year, they still have the ability to field one of the best scrummaging front rows in international rugby and providing they play to their ability, they should be confident of countering the perceived strengths of the lesser opposition in their pool. The Irish scrum can come in for a measure of unwarranted criticism, but if Cian Healey is struggling with fitness, as has been reported, then Ireland’s remaining front row could be given a real test, even by the tier two nations.

Regardless, Ireland should still comfortably emerge undefeated from their first three games, but if their front row is battered and bruised heading into the match with France, the balance of power in the group could be a lot more even as they look to avoid a date with the All Blacks the following weekend.

Key for Ireland now will be ensuring that not only does their relatively thin front row stay healthy, but also their half-backs, Conor Murray and Jonathan Sexton, who could comprise the best pairing in the competition. As for France, there are a number of issues Les Bleus need to address, but consistent selection is surely chief amongst them.

Over the next four weeks, Ireland and France will both play England and though the squads they pick may have an experimental edge to them, they should be a good indicator of where both sides are at heading into the RWC. Ireland are certainly favourites as of right now, but things can change quickly in rugby and don’t be surprised if the motivation of avoiding New Zealand in the quarter-finals sparks a rapid and significant improvement in France.