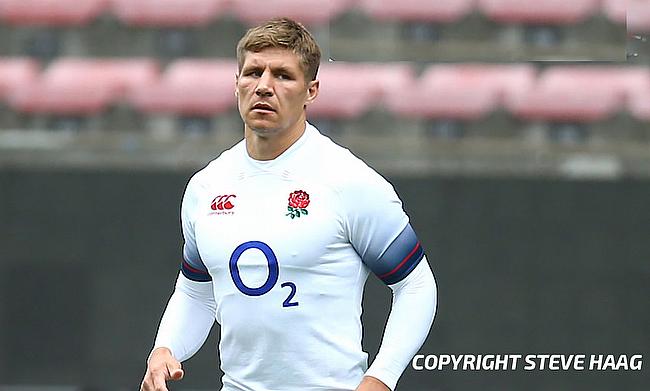 Northampton Saints centre Piers Francis has been withdrawn from England's training camp after he was tested positive for Covid-19.

Earlier, England coach Eddie Jones revealed that three players are a possibility to be isolated from the squad over Covid-19 concerns and later the Rugby Football Union released a statement on the status of Francis.

“We’re looking at three players today whether they will be available to be selected, we’ll find out this morning and then we’ll just wait and see," said Jones before the news on Francis broke out.

“Look I think this is going to be the way it is at the moment. I just saw in the football England had three players unavailable this morning, they can’t go into Gareth Southgate’s camp.

“It’s a fact of life at the moment, that’s what we have to deal with, we can’t get too worried about it, we’re not too obsessed about it. We’ll just take the players that are available, and work with those players.”

The RFU statement also added that the 30-year-old will undergo self isolation according to the guidelines prescribed.

"Piers Francis (Northampton Saints) will not be part of this week's England camp because of a positive screening test for Covid-19. Francis is following relevant isolation protocols at home in line with PHE-agreed guidelines."

Francis came off the bench in the final quarter during the Premiership game against Sale in the 21st round and following the encounter 16 Sharks players and three staff were tested positive for Covid-19 as Northampton's final game against Gloucester was forfeited handing five points to the Cherry and Whites.