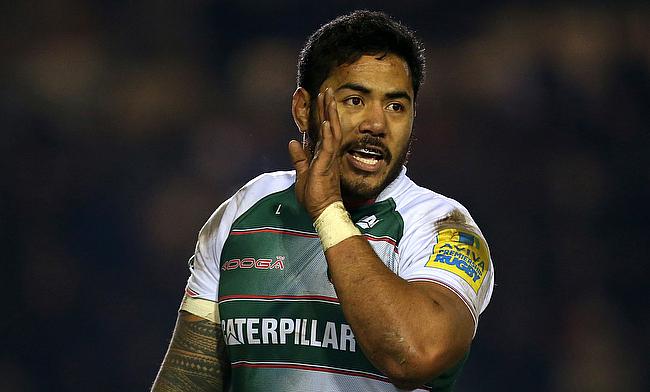 Leicester Tigers fullback Peter Betham is confident that his team-mate Manu Tuilagi will be at the top of his form in the upcoming season of the Aviva Premiership.

After successfully recovering from a groin injury which kept him out of action for 18 months, Tuilagi suffered a hamstring injury during the Aviva Premiership play-off against Saracens last season that ruled him out of England's tour of Australia.

The 25-year-old, who has scored 11 tries for England in 27 games is set to resume his career in the upcoming season of the Aviva Premiership and Betham believes a fit Tuilagi is amongst the best.

"Manu's number one in the world in terms of what he brings as a 12," Betham told Press Association Sport.

"Of course there's different 12s in the world such as Kurtley Beale, he plays a totally different game.

"But in terms of what he brings to the table, with his skill-sets, he's number one.

"There's a fair few subtleties to his game that he has only been able to express in small doses.

"If you get the right people around him you'll soon find that he'll expose us all to more of those subtleties in his game."

The 27-year-old Betham believes his partnership with Tuilagi will be vital for the club's fortune in the upcoming season and stressed on the importance to have the right players in the right position in order to achieve success.

"There's a fair few things we need to work on and develop," said Betham, gearing up for Leicester's Premiership season opener at Gloucester on Friday night.

"Last year was a good starting point for us, but hopefully we can see some highlights throughout the year.

"We approach the partnership, Manu and myself, 12 and 13, as just numbers. We can interlink with the roles that we play.

"And it also gives that bit of versatility when it comes to teams, and we can change it up each week.

"Our focus is putting the right people in the right places, whether that's him at 12 or me at 12, it's about our 10s and nines picking the right options.

"Having threats across the park is a really big positive for both of us, as well as for the entire team."

Recently Betham shaved his head to express his support for the Wallabies international Christian Lealiifano, who is currently undergoing rehabilitation after diagnosed with leukaemia.

Speaking about Lealiifano, Betham said: "It's a bit pale at the moment, I've never shaved my head before.

"I've talked to Christian and he's doing as well as can be, but any sign of support, small or big, really helps.

"It's just a big shock to us that one day you can be fighting fit for games, and the next it can be taken away from you.

"So for me it's just not taking for granted what I can do and the opportunities I have."