Manu Tuilagi getting back to his best - Richard Cockerill 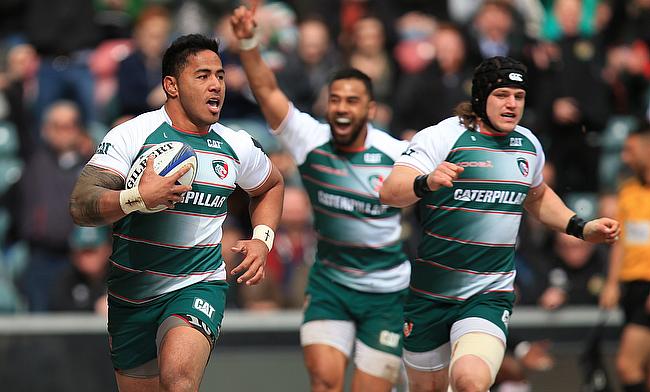 Manu Tuilagi is closing in on his ideal fighting weight and will be at full tilt by the time England tour Australia in June, according to Richard Cockerill.

Tuilagi will make his 11th Leicester appearance of both 2016 and the whole season in Sunday's European Champions Cup semi-final against Racing 92 at Nottingham's City Ground.

The 24-year-old ended 15 months sidelined with severe groin trouble in January, and is only just hitting his straps again - but Cockerill believes the potent midfielder is primed for a big finish to the campaign.

"I think Manu's getting back to where he was, he's 90 per cent there," said Cockerill.

"He's getting lots of game-time, physically very good, his match fitness is getting better.

"He's dropping his weight a little bit and getting that sharpness back which you tend to do when you start playing multiple games.

"So I think he's getting back to his best and he'll probably be dead bang-on right for the summer tour."

Cockerill admitted Tuilagi can still shed a few pounds as his comeback accelerates, but the Leicester boss insisted that is only a natural process of his rehabilitation to top form and first-rate competition.

Just as Leicester will need a fully-fit and focused Tuilagi - who played a cameo role at the tail-end of England's Six Nations Grand Slam charge - at his line-breaking best to subdue Paris aristocrats Racing in the Midlands this weekend, so too will England crave his bullish talents in June's three-Test tour in Australia.

"Look, the Samoan boys are naturally heavy guys; all the Tuilagis have been heavy, they don't get fat they get heavy," said Cockerill.

"So we've just been trying to manage his weight from a muscle density point of view, just to keep him sharp.

"They just get heavy, but he's managing that well, he looks sharp, his engine's a lot better, he's hitting well, finishing well and his distribution's very good.

"That threat with Freddie Burns inside and Peter Betham outside, that's given Manu some great opportunities because there's threats around him as well as the obvious physicality he brings."