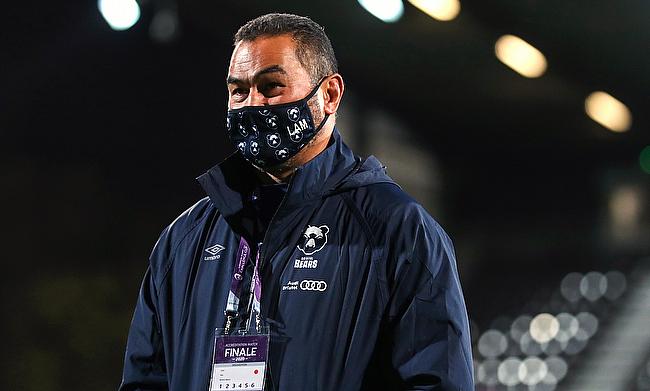 The news had broken just 23 minutes before Pat Lam’s Zoom press conference that Harlequins’ trip to Worcester Warriors had been cancelled.

Quins were due to visit Sixways on Friday, but one member of their squad has contracted the virus and a further six players have been ruled out following a "forensic contact tracing process".

Having played Bristol Bears the weekend before, eyes instantly turned to Ashton Gate and whether or not Pat Lam’s team would be able to face Newcastle Falcons on New Year's Day.

Within seconds of Lam’s press conference beginning, the 52-year-old was quick to answer many of the questions that he knew would be asked to him.

“I thought I would make it very clear where we are as a club and we are probably very thankful because of the precautions that we have taken,” Lam said on Wednesday afternoon. “The first one is that when the new strain came out, we readjusted our schedule for the past few weeks now, where we don’t come in until after all the testing is done and find out where everyone is.

“So, what happened now, following six months of testing, we have had our first positive player and everyone else was negative. The player was a front-rower, so we isolated straight away the front-rowers from the game on the weekend. So, those guys haven’t been seen since the Quins game, despite them being negative and we were able to train since Tuesday and we are good to go for Friday.”

?? Friday's match at Sixways has been called off with a number of Harlequins players isolating following Contact Tracing protocols.

Whilst the Bears’ efforts do mean that further exposure has been significantly reduced, with all of the front row players involved in their 27-19 win over Harlequins last weekend now isolating, Lam will have to dig deep into his resources for Friday’s game.

Without Yann Thomas, Will Capon, John Afoa, Bryan Byrne, Jake Woolmore and Max Lahiff, it is also unclear if any travelling reserves will be isolating. However, some academy players, such as George Kloska, will be on hand to make their bow in the English top-flight as they look to try and continue the Bears’ strong start to the season.

As for Newcastle, their game against Leicester Tigers was called off last weekend after positive Covid-19 cases in Steve Borthwick’s camp, as was London Irish’s trip to Bath.

The Exiles' game this weekend against Northampton Saints has also been cancelled after the club returned positive tests. Their training ground has also now been shut until the next round of testing on January 4th.

This all falls on a week that 33 positives have been returned from the 951 players, coaches and staff tested as part of the PCR Covid-19 screening programme. 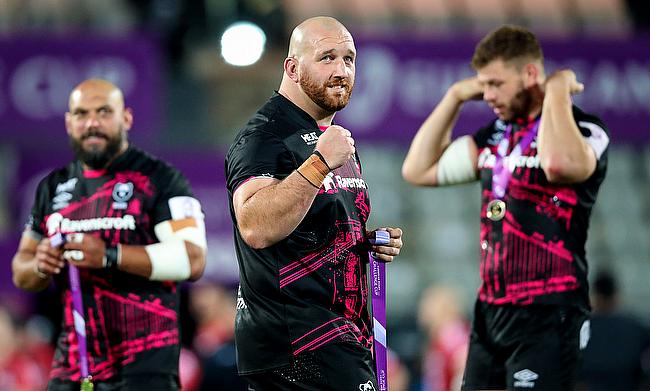 In the past three weekends, we have seen numerous games cancelled as a result of Covid. This is the same across all professional sport in Britain and Ireland at the moment, with football also experiencing a spike in positive results.

Sam Allardyce, West Brom’s newly appointed manager, has suggested that football should take a ‘circuit break’ in order to let cases within the sport die down before resuming several weeks later.

In the last seven days of the Premier League, Manchester City’s visit to Everton was postponed, whilst Fulham’s trip to North London to play Tottenham Hotspur was also called off because of numerous positive cases amongst Scott Parker's squad.

Like with Premiership Rugby, the Premier League has had a record number of positive results - 18 from 1479 tests that were conducted. Furthermore, the English Football League announced on Tuesday that there were 44 Covid-19 related issues in their various competitions, with nine games cancelled as a result.

There is no surprise that these record-high results come when cases have increased in both the UK and Ireland. Whilst all of the conversation may be about taking a break, Lam says that all he can do is prepare for the challenges laid out in front of him.

“It (a circuit break) is not in my control,” Lam said. “What is in my control is to make sure we are good to go. One thing that Covid has shown since it arrived back in March is that you have got to adapt and adjust. It is like a game. In the game, we talk about with players problem solving, working through, focusing on what you can control and being ready, so my main focus is that we have a game on Friday.

“As I said, with the other challenges that we have done, but we did it in precaution, is that we are on shorter weeks than we would normally have so there is more clarity work done in the classroom. One of the reasons I pushed hard to have an indoor barn is so that we get a lot of walkthroughs with them, so we get a lot of work done there and we only have one training session in the week, so it (a circuit breaker) is not my decision. My decision is to make sure that we have got a team ready to go.”