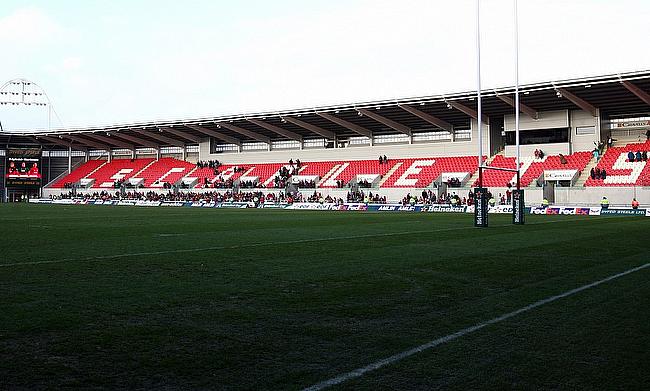 Parc y Scarlets has been finalised as the venue for Wales' Autumn Nations Cup game against England to be played on 28th November.

The stadium in Llanelli already will be hosting the Six Nations game against Scotland next weekend and the Autumn Nations Cup game against Georgia on 21st November and now has been chosen as Wales' home game against England as well.

The decision follows after Wales' traditional home venue Principality Stadium will continue to be a temporary hospital and would provide support as they continue their battle with the Covid-19.

Earlier, Wales had planned to have Tottenham Hotspur Stadium as the back up option but with no immediate chances of spectators returning to witness the game, they have decided to play the game against England at Parc y Scarlets.

"It is no secret that more than three-quarters of the annual income which supports Welsh rugby at all levels comes directly from our international game, and specifically from hosting Wales matches in front of capacity crowds," said WRU chief executive Steve Phillips.

"That is why we made contingency plans to play matches in London and why we have waited as long as possible before resigning ourselves to the prospect of playing behind closed doors in Wales.

"This news, however inevitable it may have become during recent days, is a financial setback, but it has not been unforeseen and measures have been, and will be taken, to mitigate for our losses.

"Of course, we understand there is a bigger picture at play, and the health of the nation and its individuals, which include our supporters, players, administrators and the many volunteers in our game throughout the country, must come first.

"We know the nation will be tuning in and will be with us at Parc y Scarlets in spirit if not in person, and we look forward to the day when we will all be able to gather together once again in more familiar circumstances at Principality Stadium."