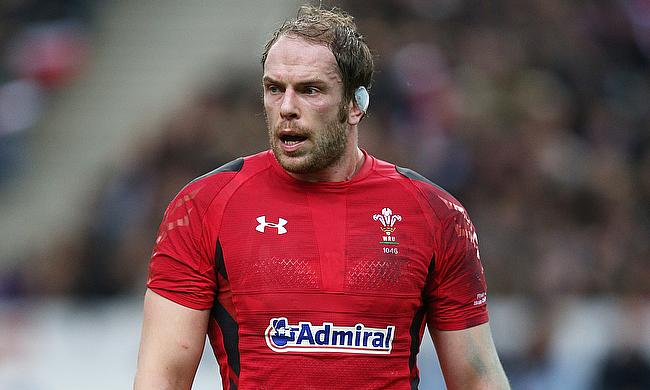 Wales skipper Alun Wyn Jones will level the World Record for most Test appearance when he lines up against France this weekend in Paris.

The 6ft 6in lock has played 138 Tests for Wales and another nine for the British and Irish Lions and is second only to former New Zealand skipper Richie McCaw, who has played 148 Tests.

Jonathan Davies has recovered from a knee injury and will make his first start this year at centre partnering with Nick Tompkins while George North and Josh Adams form the wings.

Dan Biggar will take the fly-half role and will form half back partnership with Rhys Webb while Cory Hill making his first start since February 2019 will be part of second row along with Jones. Uncapped Gloucester wing Louis Rees-Zammit will be part of the bench that also has Sam Parry, Nicky Smith, Gareth Davies, Seb Davies, James Davies, Rhys Patchell and Dillon Lewis.

“The players are excited, it has been a long time, we can’t wait for Saturday." said Wales head coach Wayne Pivac.

“We have six matches this autumn and the game against France helps us get back into our stride international rugby-wise.

"We have picked an experienced side and are up against a good French team so we want to start this autumn well and get on the front foot for the Guinness Six Nations fixture against Scotland.