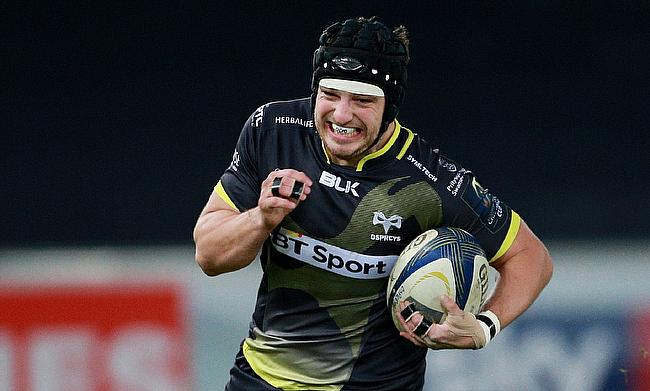 Ospreys have announced that fullback Dan Evans has signed a new two-year deal with the Pro14 club.

Evans made his senior debut with Ospreys ahead of the 2014/15 season and is the fastest to make 100 and 150 appearances for the club.

The 32-year-old became the only the 6th player to make his 200th league appearance during Ospreys' recent victory over Leinster. He is also the club's second highest try-scorer in the history of the game with 51 touchdowns with only Shane Williams above him with 57 tries.

“I’m delighted to have signed a new contract here and the coaches have shown faith in me to give me an extension to my deal," he told the club's official website.

"I’m very pleased with what I’ve achieved so far in an Ospreys jersey and hopefully there will be more to come over the next two years.

“It’s an exciting place to be right now and we’re looking at finishing this season on a high and hopefully take the momentum we’ve built this season into the next.”

Prior to his association with Ospreys, Evans played for Scarlets between 2006 and 2012 and also had brief stint with Dragons. He also played two Tests for Wales in 2009 and also featured for Wales Under 20 side in the past.

“Dan’s passion for the game of rugby is there for all to see," said head coach Toby Booth.

"He has the ability to break the game up for you. He brings a real attacking threat from full back, with an intelligent kicking game. I know he is enjoying how we want to play the game and his performances have shown that too.”

Ospreys are positioned third in Rainbow Cup with two wins from three games.