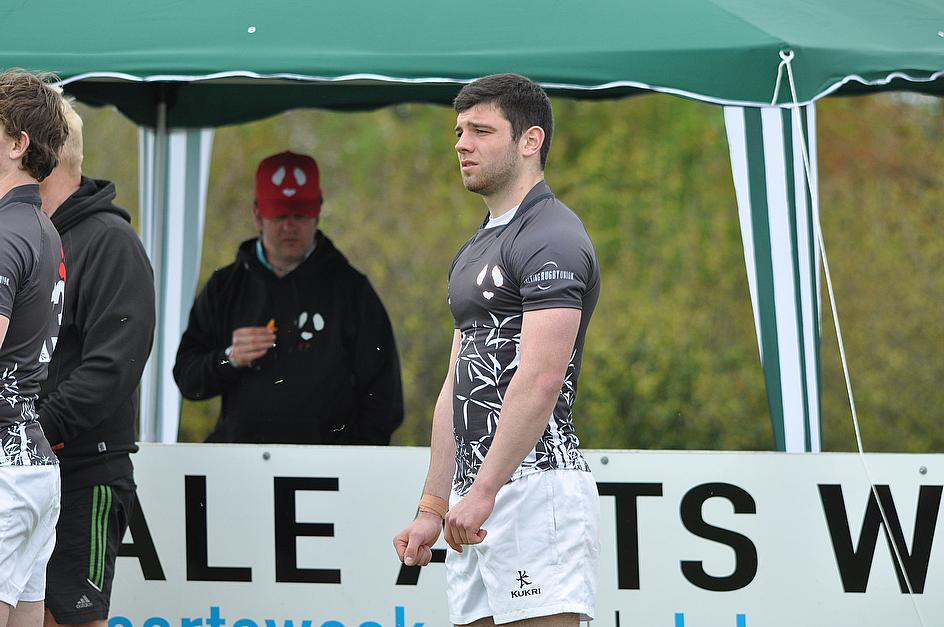 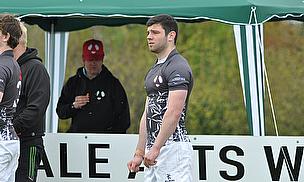 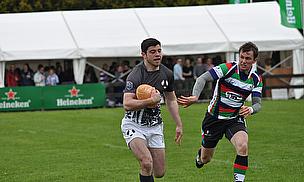 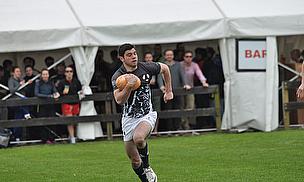 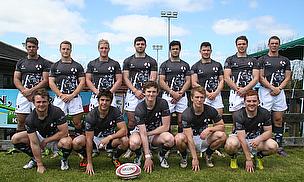 A number of good performances by Birmingham fullback Oscar Heath in the National 2 North league has attracted a lot of interest in the young back; however, a hat-trick against the league’s top team, Macclesfield – who now look set for promotion – has really got people talking.

We at Talking Rugby Union pride ourselves on uncovering some of the country’s most promising emerging talent and bringing an insight into their stories and futures to our readers. Our ever-growing roster now features the likes of England winger Jack Nowell, Munster flanker Sean Dougall and London Irish flyer Fergus Mulchrone.

The young Midlands speedster began his playing days at school, with minis and junior rugby over in Banbury, before he got his first taste of the adult game at 17, when he played for Midlands side Old Leamingtonians.

After two seasons there, at scrum-half, Oscar moved to Rugby Lions for a season, under the watchful eye of World Cup winner Neil Back, before finally moving to his current home, Birmingham and Solihull, at the start of last season.

In addition to his club career Oscar has a number of representative honours to his name, with caps for Warwickshire County U18s through to the 20s and the Midlands.

Talking Rugby Union’s Editor, Austin Halewood, spoke to Oscar about his current season with Birmingham and his ambitions for the future.

After a slow start to the league Birmingham & Solihull began to pick up the pace in National 2 North and have consistently competed with the top teams in the league – notably beating leaders Macclesfield back in November. They currently sit sixth, with 75 points, just three behind Chester in fifth and ten clear of Preston in seventh.

“The season’s been going really well here, actually,” Oscar began, “considering last year that we were fighting for relegation, to be up in sixth spot and pushing up against the top of the league is a big turnaround from where we were at this time last year.

“The plan for the rest of our season has to be just to try and win as many games as we possibly can. We still have a few fixtures against some of the big sides in the league – which will all be tough games – but, you know, we just have to continue trying to do our best and hopefully win as many as we can.”

The top three teams in the league have raced ahead of the rest of the pack, with almost thirty points separating first and fourth. Currently, the league has Macclesfield top, followed by Stourbridge in second and then Darlington Mowden Park in third.

However, Oscar, more so than anyone this season, single-handedly proved that the league leaders’ defence isn’t impenetrable, with three tries to his name away from home at Macclesfield’s Priory Park, inflicting their first loss of the season.

“Yeah, it was a good day,” he recalled, “especially being up at their place as well and we were a bit lower in the league at that point.

“As we got their we heard people saying that it was going to be an easy game, with loads of points sure to be going past us; but we started playing our game, having done analysis on them, and they just didn’t know what to do.

“It was great to get on the score sheet a few times – it was definitely one of the top moments in my rugby career to date.”

The majority of Oscar’s success has come in a new position to the former scrum-half, who now applies his trade from full-back.

“I’m really enjoying playing there to be honest – mainly because there’s a lot less running than there was at scrum-half,” he joked.

“But, yeah, I like that there’s a lot more open space and I’m to pick my holes and run where I want and attack how I want, really – I love having the freedom that playing fullback brings. I don’t want to go back to 9, that’s for sure.”

One of the struggles Oscar has had to contend with throughout his rugby in recent years is a persistent problem with his knee.

“It’s been fine this season,” he began, “up until Darlington, where I felt it quite a bit, but luckily after that we had a few weeks off because of the weather.

“I then played against Hull, which was our first game back, but I felt it again and so had to take a few weeks out, with lots of physio, trying to sort it out and just get myself right for the end of the season and then for the sevens.”

Looking towards his future Oscar admitted that his ambitions for his future in the game were essentially “just to play at as higher level as I possibly can.

“I had an opportunity over the summer to go and train up at Newcastle Falcons, but I turned it down because my head wasn’t in the right place,” he continued, “but the aim is to, really, just play as best as I can and at as higher level as possible.”