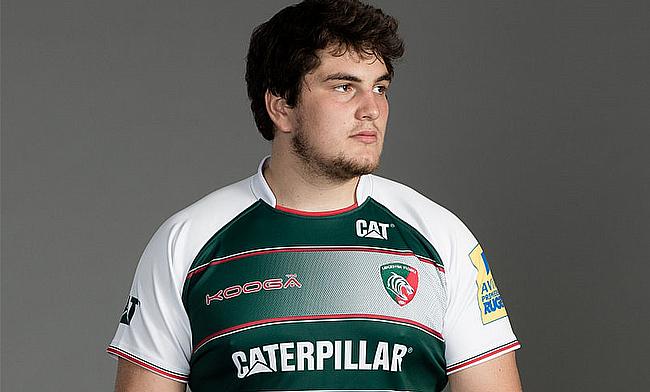 Zach Kibirige: Growing at Newcastle
Biyi Alo: “Aiming as high as I can”
Perkins out to impress Saracens
New influx of talent set to maintain U20s status quo

The pain in Owen Hills’ shoulder is gradually easing, the discomfort settling as everyday of rehabilitation passes but he hopes his absence from the game won’t linger around for much longer.

“At this age, it has been great to represent England already and it’s been a fantastic opportunity,” said Hills. “I played last year in the U20 Six Nations and the Junior World Cup, but now it’s those memories that have kept me going through this shoulder injury.

“I do think I can aim for this year’s Junior World Cup in Manchester. I went into this season thinking that I would be one of the more senior players in the team because I had that experience of playing U20s rugby, so I was a bit gutted to get injured. That’s rugby though!

“Hopefully, if I get back and play some good games at a good level then you never know really. I will be back before the tournament, but I just have to work my way into the team.”

It has been four months since Hills underwent surgery after tearing his labrum in his left shoulder during Marcos Ayerza’s testimonial at the beginning of the season which was just 11 weeks after he was part of the England squad that reached the 2015 Junior World Cup Final.

The timing of the injury could hardly have been worse as he was ruled out for most of the season for Leicester and the upcoming U20 Six Nations, but speaking to Hills now, he is a positive and upbeat person and it is that attitude that should help him hit the heights he so desperately wants to achieve.

It has been tough for the 19 year-old as he has dedicated so much time in rehabilitation in order to get back to playing rugby as soon as possible and, though he is not sure when is return date will be, he is determined to pick up a ball this season.

There is no time to feel low when going through an intense rehab scheme, but something that is bound to keep Hills going is his love for Leicester Tigers.

During his early years, Hills was a season ticket holder at Welford Road where he watched the likes Ben Kay, Lewis Moody, Will Greenwood and Martin Johnson.

Fast-forward a couple more years, and it was players like Dan Cole, Tom Youngs and Manu Tuilagi that Hills was cheering and applauding from the stands.

However, that all changed as a dream for most young rugby fans came true for Hills in 2011.

“I joined Leicester Tigers academy when I was 15 and I was a season ticket holder at Welford Road before that, so I have always been a big fan of the club,” said Hills.

“To go every week as a youngster was great because you were watching your superstars, but now I train with them every day and I’d be lying if I didn’t say it was a bit surreal!

“To join the academy of your local club and work your way up to where I am at now, which is knocking on the door of the first team, is really good.”

Despite the fear of potentially being star struck by his heroes, Hills remained grounded when he first joined the club and that mentality is still the same four years on.

He is realistic about what lies ahead for him in the coming weeks and months and knows that he has to ‘crack on’ and work his way back to the cusp of 1st XV selection once again.

Even though he doesn’t turn 20 until August of this year, this determination and professional attitude is another insight into how seriously he is treating his rehabilitation.

And again, Hills feels that memories and what he has achieved so far with England and at Leicester will spur him on to get back to his best.

He added: “Obviously without the injury, I believed I would be playing in pre-season and would have more opportunities to play for Leicester, so it was a massive shame.

But it keeps you going in your rehab just knowing how close you were and what you capable of when you get back into the action.”

There is no doubt he won’t pull on the famous Tigers jersey once again. Expect him back on a rugby field, better than ever, and maybe in the white of England sooner than you think.