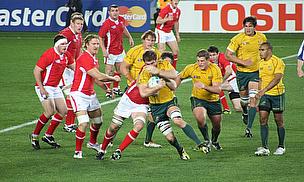 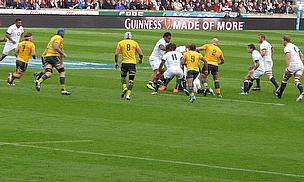 There are only two games in the November Internationals Round 5 with the Barbarians playing Fiji, while Wales host the Wallabies. This is a weekend for rugby purists, the ball should do the talking. Fluency around the park will be the hallmark and expect all the rugby news and reaction here.

Both of these matches will be entertaining as all four teams on display love to throw the ball around. The Barbarians squad is stacked full of All Blacks, Springboks, Pumas and Wallabies squad members and despite them probably lacking cohesion they should be far too strong for Fiji who are definitely a second tier nation.

Fiji will notice an improvement in the standard of opposition from teams like Romania and Portugal. If you want great insight into the behind the scenes of the Barbarians we recommend following them on Twitter.

In the big game Wales host the Wallabies. After the initial defeat to England, the Wallabies have finished strongly with victories over Italy, Ireland and Scotland. What must be of concern for Wales is the increasing confidence of both Quade Cooper and Israel Folau who hold the key to unlocking the Wales defence.

This is the last game of the season for the Wallabies and so it will be tough for them to keep their mind on task. The Wallabies will be wanting to get back at the Wales players who were part of the victorious British and Irish Lions team.

Wales only beat Tonga by 10 points last week and while they don't have some of their best players, they will have plenty of quality on the park. Their scrum may not be as dominant as it used to be and so it is hard to know where Wales have their best chance. Although there are two welsh wingers and a fullback who will be determined to show they are the best in the world.

Our correspondent, Scott Donaldson, has continued to make big match predictions and here is what he told us this week:

"My November International Rugby Tests Preview Round 5: Barbarians by 21 points and Wallabies by 3 points."