North: I'm at no greater risk 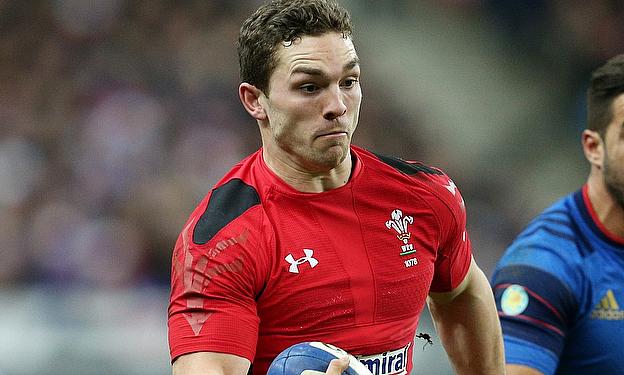 George North insists he will be "at no greater risk" of concussion than any other player after his enforced lay-off as he pinpoints a World Cup return.

British and Irish Lions wing North expects to be ready for Wales' World Cup assault - but is taking every chance to rest before a scheduled return to contact in July.

North was stood down by neurologists in March after three major concussions in five months, leading Wales boss Warren Gatland to warn one more blow to the head could jeopardise his career.

The 23-year-old declared himself "fit and well" after being named in Wales' World Cup training squad, despite still needing to complete the full raft of tests required to return to the field.

North believes he could pass all the return-to-play protocols if pushed now, but hopes extended rest will offer greater long-term benefit.

"The specialist said that if I were to impact again at the end of the season I would be out for three to six months," said North, speaking at a Dove Men event.

"With the World Cup coming up and everything I quizzed him about what would happen.

"My first thought was 'let's get back for Northampton, the end of the season, it being my time of the year when the pitches are quick'.

"A month is a good time to heal, they say, but the longer you leave it, it's always going to be better.

"So that's why people were saying, maybe six months, maybe a year, two years - I've had every number under the sun come at me.

"If I'm honest, after a month I felt fine.

"It's my ninth week now and I feel back to normal, I feel great.

"So imagine how I'll feel in nearly two months' time before I have to take contact again?

"So when I quizzed both neurologists I saw I asked if took an impact at that stage what would happen - and they said 'you'd be back to square-one'.

"So that means if I were to get another impact, I'd be at no more risk than anyone who hadn't had any other episode during the year.

"Obviously if I return and get repeated concussions like I have done now, then that's when we'd have to talk about changing or mixing.

"But at the moment both the specialists don't see any risk if I were to play and get another concussion down the line, if that makes sense."

Nathan Hughes' accidental collision with North in Northampton's 52-30 victory over Wasps on March 27 caused the 49-cap Wales star to be stood down by neurologists.

The British and Irish Lions wing was unable to recover in time for Northampton's Premiership play-off battle, but is now confident he can close in on a playing return.

Wales will head to Doha for warm-weather preparations in July, where North is expected to aim for a return to full-contact training.

North believes pure bad luck has contributed to his current situation, leaving him relaxed about his impending return.

Nonplussed by fears for his long-term career, the former Scarlets wing said: "At the start I took confidence from the fact that, if I'd put my head in the wrong place or done something silly, then I would be more concerned about it.

"But because I've been so bitterly unlucky, there's not much more I can do than shrug your shoulders.

"I'm not in a bad place, and I take massive confidence knowing it's bad luck.

"People can say it's a situation I put myself in, but in the cold light of day I've just been unlucky.

"I'm looking forward to getting back, and once I get back into that full environment I'll be like a kid in a candy shop as I always am."