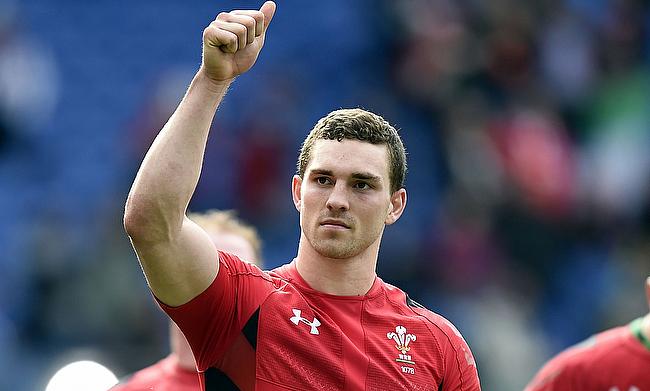 The Saints have announced unspecified fresh terms for 23-year-old North, who joined them from the Scarlets in 2013.

North's decision - he would have been out of contract next summer - puts an end to any speculation about a possible playing future away from Franklin's Gardens.

North had been linked to a possible move back to Wales, where a number of leading players now have national dual contracts with the Welsh Rugby Union and a region.

North, though, has decided to remain in the Premiership.

"I am massively delighted to extend my time at the Gardens," he said.

"It has been a pleasure to play for this great club and for its fans, who are some of the best in rugby.

"It has been a fantastic couple of years where we have enjoyed much success, and is a hugely-competitive environment where I can continue to develop and improve as a player.

"I am looking forward to much more success working with a great bunch of players and coaches."

North has scored 23 tries in 55 appearances for Wales, including two on his Test debut against South Africa five years ago, while he featured in all three Tests during the British and Irish Lions' 2-1 series victory over Australia in 2013.

The highlight of North's Saints career so far was helping them land a first Premiership title in 2014 courtesy of a 24-20 extra-time victory over Saracens at Twickenham.

Northampton rugby director Jim Mallinder added: "We are delighted that George has decided to remain here at Franklin's Gardens.

"He is a proven world-class performer, something he has shown over and over again in his time here.

"Not only is he a top player, but he is a great person to have around the club.

"He is a positive and enthusiastic character who is very driven to improve.

"He is extremely dedicated, both on and off the pitch, and we look forward to him continuing to play and develop here."

North's new deal with Saints follows Bath's announcement earlier this week that they had signed Wales lock Luke Charteris from French club Racing 92 for next season.