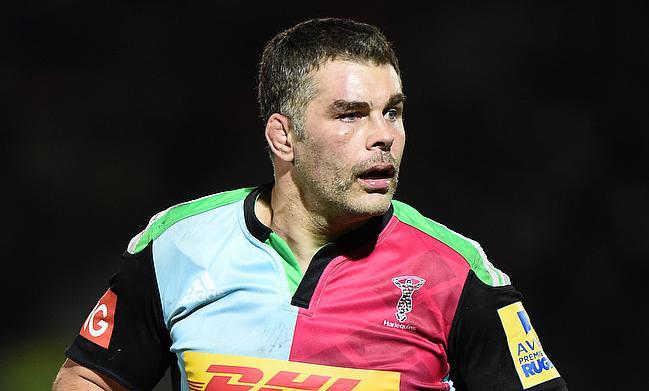 When Newcastle Falcons’ defence and breakdown coach, Nick Easter, offered his thoughts on the British and Irish Lions Tour of South Africa ahead of the the third Test in Cape Town, he was absolutely spot on.

Mentioning that the side who won the second half would ultimately take home the series, as well as the mind games of Rassie Erasmus and the importance of unlocking the Springboks’ defence, it would have been wrong not to ask the former England international about his day job.

Having joined Newcastle after a period coaching in South Africa with the Sharks, he is now moving into his second full season at Kingston Park. Heading to Gosforth in the July of 2020, it took until November for the 43-year-old to see his players in competitive action.

Newcastle started their season brightly, but by the season’s conclusion in June, the team would finish in 10th, Gloucester and Worcester below them. Despite the relatively low league position, and threat of relegation, there were several players to have caught the eye at Test level.

Five players were picked by Eddie Jones to represent England against the USA and Canada, as well as the cancelled Scotland A fixture.

Only Sean Robinson would not make his international bow, the back-row sustaining an MCL injury in training, whilst the likes of Adam Radwan, Jamie Blamire, Callum Chick and Trevor Davison played pivotal roles in back to back wins.

After their time off, Easter pleased with how that group has settled back into day to day club rugby life, as well as the integration of the new arrivals.

??"As far as South Africans are concerned, he walks on water..."

??Ahead of the deciding Test in Cape Town tomorrow night, TRU spoke to @nick_easter to get his insights into where the game will be won and lost????

“Those guys performed well,” Easter said. “I was really, really pleased with them and they deserved their shot and they have got a taste of it now. As an individual, once you get a taste of it you want more and that drives your desire to become better.

“All the little things in the club, away from the club, they might go that extra mile a little bit more which is only going to accelerate their progress and development, which brings out competition.

"I think the squad is stronger this year, especially in the back three and in the front five, which is good. We have recruited well, and shrewdly there, which is going to drive competition for places.”

Dean Richards’ headline signing is no doubt the vastly experienced Mike Brown, who left Harlequins on a high when winning the Premiership title, bringing his 16 years of service in West London to a close.

Also making their way to the north-east are Nathan Earle, who follows Brown from Quins, George Merrick, Richard Palframan (both Worcester), Conor Kenny (Connacht) and Ollie Lindsay-Hague (short-term deal), all impressive signings, but there have also been some key departures.

Starting with the retirements of both Toby Flood and John Hardie, the pairs’ leadership and international experiences no doubt going to be a big miss (although Flood has moved to a coaching role). Then, with props Sam Lockwood and Jon Welsh having moved on, it will not doubt be hoped that the new collection of players will combine quickly to make an impact in the Premiership.

??????????????After making his England debut against Canada, @joeharvey34 heard what @AdamRadwan97 had to say after his hat-trick performance at Twickenham??https://t.co/tD98pBkwSK pic.twitter.com/uyNZV6qs76

Newcastle were alone in having roughly eight months with no competitive rugby heading into the 2020/21 Gallagher Premiership season. With Saracens obliged to complete the season before their forced relegation, the time off for clubs this summer has been more than welcome.

With just several weeks break between the 2020 Premiership Final at Twickenham and the new campaign, the strains of a short break could be seen in some of the statistics. As Easter is a defence coach, it is easy to look no further than the tries scored stat, with an average of 6.3 scored per game.

“I know am a defence coach, and I have got to balance all sides of the game, but I hope they rediscover that balance, because I think that it starts to become a bit like basketball where it is six tries to five. Yes, people might say that is entertainment, but actually it becomes not very exciting; a try.

“It is a bit like 20/20 cricket for me, to me a six is a great bit of skill, but when the boundaries are brought in, then that rarity gets taken away and the ability to distinguish the top players from the not.”

This season will see 13 teams fighting it out in the Premiership and there will be no threat of relegation either. Saracens made their way back to the first division thanks to a truncated Championship season, beating Ealing Trailfinders across a two-leg play off Final.

Of course, the idea of scrapping relegation has been around for a number of years and as a result of the constraints of Covid-19, no club will drop down from the top-flight for at least the next three seasons.

Many have felt that having no relegation would mean that games would become boring, but with plenty of fixtures not decided until the closing stages of the 80 minutes, some of those fears have been abated, but many would still like a return to normality.

“It will be interesting, more competitive with Saracens coming back and I think you saw without relegation, there was no danger of many dead rubbers,” Easter said.

“I am still a fan of relegation to be honest with you, I think that jeopardy is needed in the Premiership and what has made it such a strong product, but it is what it is for the next three years at the moment and we will see how it’s goes.”

Newcastle start their season off a week on Saturday, the team coming face to face with last season’s champions, Harlequins.