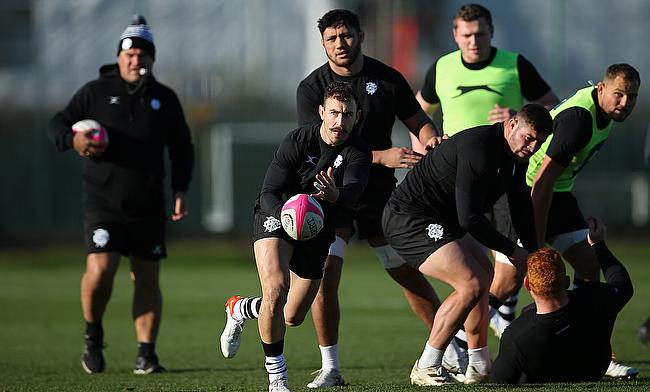 For just under four years, Nic White’s international career was at a crossroads.

After coming off the bench to help the Wallabies defeat New Zealand to secure The Rugby Championship in 2015, some eyebrows were raised when the scrum-half was not included in Australia’s squad for the forthcoming World Cup. However, the disappointment surrounding that period of time for White is now in the distant past.

“Personally, I have put in a lot of hard work this year and things are starting to turn around for us as a team [Australia] and for me,” he tells TRU. “I have never shied away from saying that my time in England with [Exeter] Chiefs certainly turned my whole career around. I felt like I was plateauing and my time with the Chiefs certainly helped me go to the next level with my game and reignited my international career.

“A lot of what I have worked on from then is what I am taking forward each and every season. I felt this year I went up another gear and I feel like my rugby has been getting better and better over the last few years since I started with Exeter.”

Having missed out on selection for the World Cup in England, White moved to France and linked up with Montpellier, where he helped the club lift the European Challenge Cup in 2016.

A year later, he joined Exeter and as White has already expressed, his time in Devon was the catalyst to reboot his international career.

His efforts at Sandy Park were rewarded with a recall to the Wallabies squad for the 2019 World Cup whilst at club level, Exeter had fallen short in two Premiership finals against Saracens.

The Chiefs were well placed both domestically and on the continent when the now 31-year-old departed these shores and returned home in the summer of 2020.

Rob Baxter’s side ultimately went on to clinch the Premiership title and the Heineken Champions Cup that season, but White also experienced the sweet taste of success, winning the Super Rugby AU title with the Brumbies.

“I do try and tune in when I can!” White says as he continues to reminisce about his three years at Exeter.

“Sometimes it might be late into the night, but I am up here this weekend so I will watch them against Bath on Friday! I would have loved to be able to get down and watch a game. I still watch it [the Premiership] quite a bit and I am still in contact with a lot of the guys quite frequently.

“Exeter was a pretty special time for me and my family. We had our two little boys down there and as I say, the club had a huge impact on my rugby career.”

As White alludes to, he is currently still in England following the conclusion of Australia’s Autumn Nations Series campaign, and he is now preparing to end this particular calendar year by representing the Barbarians against Samoa at Twickenham on Saturday.

For a cluster of the Baa-Baas squad selected by White’s international boss Dave Rennie, they have been on the road for five months playing for their respective countries in The Rugby Championship before their northern hemisphere tours.

With professional athletes having to follow strict Covid-19 guidelines - coupled with being thousands of miles away from home - White admits this year has been challenging at times, but he is excited to end 2021 as a member of the Baa-Baas family.

“It is an awesome way to finish what has been a long and tough year for the majority of boys from down south that are part of this group,” he says. “A lot of us dream of playing for the Baa-Baas. You have got to be invited and to be invited is a huge honour so we have had a bit of good fun this week!

“I am not the only one with young kids and a young family. We understand that it is all part of the job we have to do at the moment. Going on the road, if that is what it takes to get a game on the field, then we are happy to do it but it certainly does take its toll. We know the finishing line is right there and like I said before, I couldn’t think of a better way to round off a pretty difficult year than with a Baa-Baas week. I would quite happily finish every year with a Baa-Baas week if I could!”

White and his fellow Wallabies will fly home on Sunday to be reunited with loved ones, and in a way, being selected for the Barbarians shows just how far the scrum-half has travelled in his own personal journey.

Since Australia’s opening fixture of the 2019 World Cup, White has racked up a further 20 caps for his country, including three starts against Scotland, England and Wales this autumn.

After beating world champions South Africa in the summer, there was a lot of intrigue surrounding White’s international side heading into their end-of-year schedule, but ultimately it ended with three defeats.

“It was a disappointing tour,” says White. “We knew it would be difficult. I obviously don’t have to go there again, but it has been a long year.

“Whilst the Rugby Championship was in Australia, almost all of us weren’t in our home states and away from home for 12 weeks and went home for 10 days, and we have just come on an eight-week tour again.

“People may be felt from the outside that we had run out of gas, but we didn’t feel like that on the inside at all.

“I thought we played some really good rugby on this tour. Looking back, the results and scoreboards won’t show that, but it has been a year where we have put in a lot of hard work. We have made some big shifts. We are heading in the right direction, not where we want to be just yet, but it is also not 2023 just yet either so we will keep chipping away at it.”

Australia’s passage to victory this autumn seemed to be hampered by their own indiscipline. After conceding 18 penalties against England, the Wallabies were pinged 13 times in Cardiff last weekend.

Whilst Rennie’s side were left frustrated by some of the officiating, White feels the group have learnt a lot from playing against northern hemisphere opposition.

“It was pretty…rough?!" laughs White. “I have to be careful with my words! It was a rough one for us and sometimes that is all it takes to make a tour a positive one into a potentially negative one.

“We scored four tries in the first half of that Scotland game, but it only says one. I suppose it was just the little things like that, but in terms of what we can control, we thought we made a further step towards where we want to be and understand we are not where we want to be just yet.

“From the rugby side of things, there are things we can learn from and we will go back and have a look at the finer details of what went wrong, but in terms of the way we were playing, we thought bar the England game - where we were certainly beaten and had a high error count - the other two games, we thought we played some really good rugby in some pretty trying circumstances.”

White believes his side are not too far away from some ‘big away wins’, and with a squad that is developing under Rennie, the 31-year-old insists the future is bright for the Wallabies.

A truly global side ??

His feeling of optimism has also been enhanced by Australia effectively being named as host for the 2027 World Cup after being listed by the governing body as the “preferred candidate.”

“It ticks so many boxes and for the game where it is in Australia, we are starting to turn things around,” White says. “We’re not where we want to be just yet, but we’re certainly pushing everything in the right direction. By the time we get to 2023 let alone 2027, hopefully we are right at the pointy end of it.”

White, who will start for the Barbarians on Saturday, may have shied away from looking too far ahead when his international career was dormant, but the livewire scrum-half is playing with a smile on his face once again and he is ready to cap off an enjoyable week at Twickenham.

“During the day, the [Barbarians] squad have got out and about as much as we can and the rest of it, we don’t like to say too much,” jokes White. “What goes on tour stays on tour, mate!

“We have just been safe and got out and about, but we were on bikes the other day riding around like maniacs. We had to make sure Dave knew that was part of the plan and the training regime!

“The team have planned a really good week for us and Dave has also had us training ’a bit’ which is probably good to sweat out a few beers! It has been a great week and we are looking forward to having some fun on Saturday.”

Stuart Hogg ends speculation over his future with Exeter Chiefs