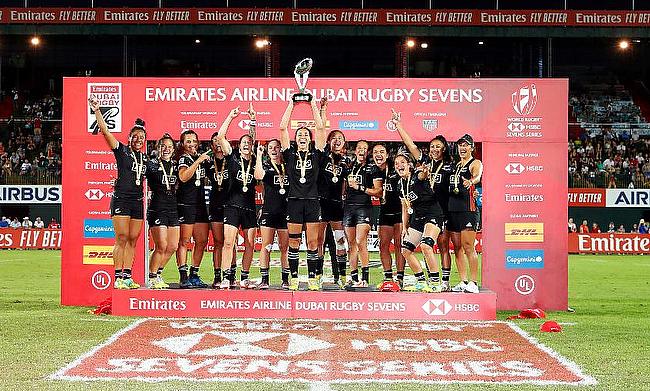 New Zealand Women extended their dominance in the Dubai 7s leg of World Rugby Sevens Series as they went on to defeat Canada Women 26-14 in the final on Friday.

This is the fourth time in seven times the Black Ferns went on to claim Dubai 7s as they maintain their top position in the overall standings after winning the Glendale leg too.

New Zealand were quick to get off the block in the second half with a touchdown from Gayle Broughton but Julia Greenshields' effort in the 10th minute meant all three possibilities were on with the closing stage appearing before Nathan-Wong with a 12th minute try sealed a 12-point victory for the Black Ferns and the Dubai 7s title along with it.

New Zealand captain Sarah Goss was named player of the tournament and said afterwards: “I feel amazing – Dubai is one of my favourite places to play. It’s been an amazing couple of days and I’m proud of the efforts of the girls. The new girls thrived and they will get better and better with the opportunity.”

Nathan-Wong added: “I’m stoked with the win – this tournament we really had each others’ backs. It doesn’t matter who’s wearing that black jersey, we’ve got each others’ back and we really stepped it up. We stayed composed and communicated really well and we got the win.”