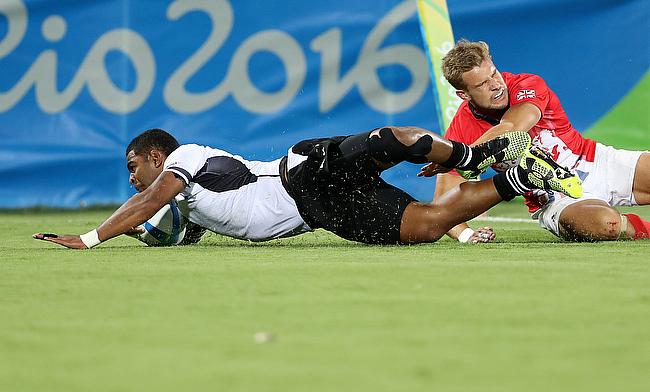 Tom Mitchell (right) will lead the England side
©PA

England Sevens head coach Simon Armor has named the side for the 2018/19 edition of World Rugby Sevens Series opener that will kick-off in Dubai on 29th and 30th November.

Tom Mitchell will lead the side and will be accompanied by Dan Norton, who is the all-time leading try scorer in the format with 299 touchdowns while the breakthrough player of the Rugby World Cup Sevens held earlier this year Harry Glover is also part of the 12-man squad.

Dan Bibby, Tom Bowen and Ethan Waddleton will make a comeback from injury after missing out on the World Cup. Charlton Kerr and Will Muir from England Sevens academy also managed to make it to the squad.

“After a long pre-season everyone’s really excited to get out to Dubai and to get the season up and running," said Armor.

“We built up some great momentum towards the end of last season which we’re looking to progress this year. The motivation of not getting it quite right in the World Cup final against New Zealand is something that’s driven everyone over the past couple of months.”

“We’ve got a very exciting group of fit, young players coming through which is fantastic as it means we have a strong squad to pick from.

"The amount of talent in this group means that competition for places has been really tough which is incredibly important going into a season with Olympic qualification on the table.”

England are grouped in Pool D alongside Canada, Japan and Australia.

Big congratulations to all 12 players named in the @EnglandRugby Men's 7s squad for the #Dubai7s. Good luck lads! ??#ForThePlayers pic.twitter.com/6TBP6HeVg1