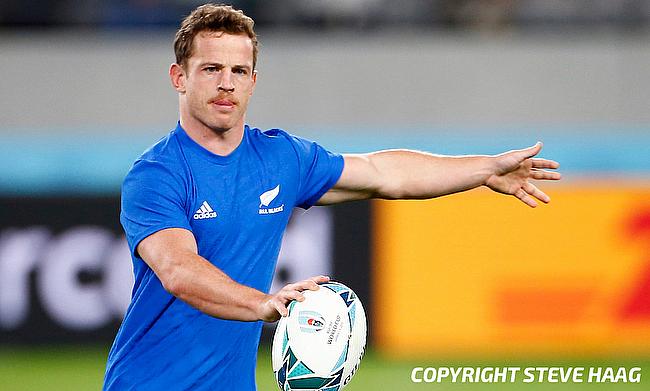 New Zealand made a strong statement as they started their July series with a dominating 102-0 win over Tonga at Mount Smart Stadium on Saturday.

The result also equalled the All Blacks' biggest win in seven games against Tonga that came way back in 2000.

Four players made their debut for New Zealand including Quinn Tupaea but they day belonged to Will Jordan, who went over the line five times followed by hat-trick from Brad Weber.

It took New Zealand just two minutes to get their opening try with Damian McKenzie went over in the second minute and in a terrific first 10 minutes, they went on to add three more tries in a span of four minutes with touchdowns from Dalton Papalii (5'), Weber (7') and Jordan (8').

Richie Mo'unga kicked two out of the four conversions as they raced to a 24-0 lead. With Tonga facing pressure from the All Blacks, Ian Foster's men extended their lead with further with Angus Ta’avao's pass allowing Weber to dot down in the 16th minute and four minutes later McKenzie and Mo’unga combined to send Jordan over the line. Mo'unga kicked both the conversions as the scoreline became 38-0.

With three minutes left before the break, New Zealand increased their lead further with Papalii collecting a well-timed pass from George Bridge to get his second try as the opening half ended with a 43-0 lead for the hosts.

With no respite whatsoever for the Pacific side, New Zealand attacked from the start with Luke Jacobson diving from close range two minutes into the second half and Mo'unga's conversion took their tally to 50 points. With Jordan and Weber completing their hat-trick the scoreline became 62-0 and there was no stopping them as Mo'unga also got his name in the scoring sheet making 67-0.

Jordan went on to complete his fourth try in the 57th minute following a line break provided by Finlay Christie making it 74-0. As Tonga failed to score a single point, further tries from Reiko Ioane (61'), Jordan (68'), Patrick Tuipulotu (77') and Bridge (80+2) as they took their tally past the 100-point mark.