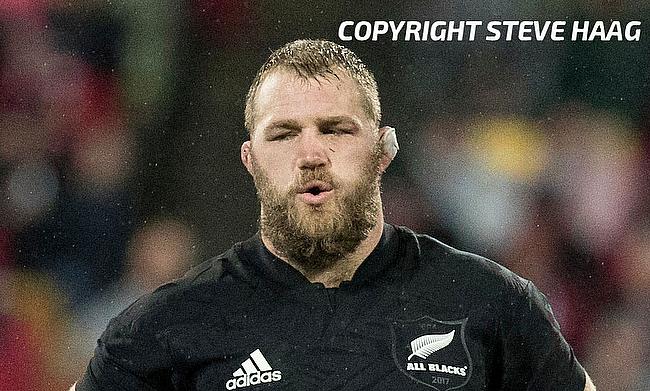 Franks has featured in 108 Tests over the last 10 years for the All Blacks and was part of the victorious 2011 and 2015 World Cup campaign with Hansen preferring Atu Moli along with Nepo Laulala, Joe Moody, Angus Ta’avao and Ofa Tuungafasi as the props in the squad.

"He is one of the great All Blacks," said Hansen.

"His professionalism both on and off the field has been magnificent over the years, but unfortunately we believe the game requires us to have big mobile number ones and number threes and in this case, we just think the other guys that we've named are more so than he.

"Therefore we had to make a tough decision."

Along with Franks, Ngani Laumape also misses out with Ryan Crotty returning from a thumb injury. Liam Squire, who according to reports made himself available for selection also has been left out after his season was hampered by injuries.

Kieran Read, on his third World Cup appearance, will be captaining the squad that also has Samuel Whitelock and Sonny Bill Williams. Beauden Barrett and Richie Mo'unga are the preferred fly-halves.

“Now we are finally in a position to put all our time, effort and thinking into what is going to be an awesome challenge to try and do something that’s never been done before – win three Rugby World Cups in a row,” added Hansen.

“Yes, it will come with massive expectation and therefore pressure. We’re looking forward to tackling that pressure head on and enjoying everything that comes with it.

"We know it’ll be tough and that we’ll need to earn the right, every time we play, to continue throughout the tournament. However, that’s exciting and knowing we’ve faced that pressure before gives us confidence.

"There are no guarantees in sport. However, with talent, hard work and mental fortitude, we’ll give ourselves a chance.

“This Rugby World Cup looks like being the most fiercely-contested yet with a large number of teams all believing they can win. This will bring possibly more pressure and expectation on them than ever before and it will be interesting to see who can and who can’t cope with it.”