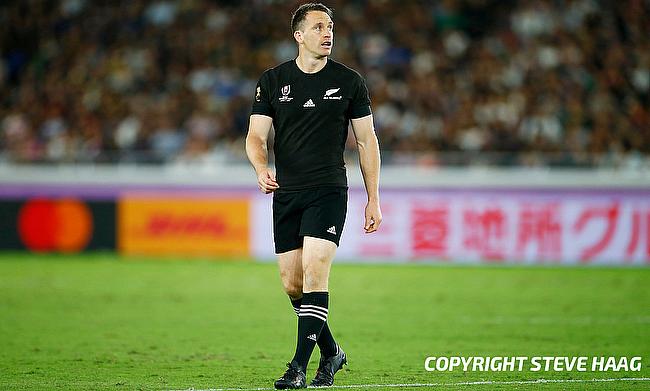 New Zealand finished their World Cup campaign on a high as they defeated Wales 40-17 in the Bronze Medal game at Tokyo Stadium on Friday.

This was also New Zealand's final game under Steve Hansen, who is set to step down from his coaching role. New Zealand entered the encounter after their hopes fo winning the third consecutive title was dashed following their defeat to England while Wales were edged out 16-19 by the Springboks.

New Zealand got off to a fantastic start with Joe Moody crossing over in the 6th minute after good work from Richie Mo’unga, Kieran Read and Brodie Retallick. Mo'unga kicked the conversion as they raced to a 7-0 lead.

The All Blacks doubled their tally in the 13th minute when Beauden Barrett capitalised on an inside pass from Aaron Smith to touchdown that was improved by Mo'unga. Wales' response was strong as a long pass from Rhys Patchell was grabbed by Hallam Amos as he dived over the line. Patchell also kicked the conversion and followed with another penalty goal to narrow down the gap to four points.

However, the All Blacks regained control before the break courtesy a double try from Ben Smith. First, he sped past three defenders to dot down in the 33rd minute and at the stroke of half-time he made most of the long pass from Aaron Smith to cross over. Mo'unga also kicked both the conversions as New Zealand completed the first half with a 28-10 lead.

There was no looking back for Hansen's men as they were quick to get off the block in the second half when Ryan Crotty touching down in the 43rd minute following an offload from Sonny Bill Williams and Mo'unga's conversion made the scoreline 35-10.

Josh Adams provided some consolation for Wales with his seventh try of the tournament at the end of the third quarter before Mo'unga sealed a 40-17 win for the All Blacks with his side's sixth try in the 76th minute.

Family is everything. @SonnyBWilliams shares a really nice moment with his daughter and Steve Hansen.#NZLvWAL #RWC2019 pic.twitter.com/LjZOU23AU5