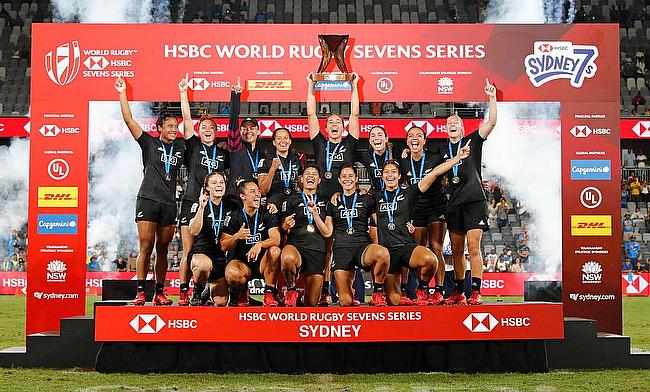 New Zealand Men's and Women's 7s teams were awarded the titles for the World Rugby Sevens Series after the remainder of the tournament for 2020 season has been cancelled following the pandemic coronavirus.

World Rugby said the decision was taken after discussion with member unions with the health of players and staffs given top priority.

While the Men's competition was suspended since the Vancouver leg in March, Women's teams were last seen in action in February during the Sydney leg. With various travel restrictions in place due to the rising Covid-19 cases, the organisers felt the remainder of the tournament is unlikely to be played this year.

Meanwhile, Black Ferns went on to win the titles in Sydney, Hamilton, Cape Town and Dubai legs apart from finishing second in Glendale. Olympic Champions Australia finish second in the women’s Series with Canada in third. There will be no relegation from the women’s or men’s Series in 2020.

“While it is very disappointing for players, fans, organisers and everyone involved to have to cancel these events due to the global COVID-19 pandemic, the health and wellbeing of the rugby community and wider society remains the number one priority," said World Rugby chairman Bill Beaumont.

“These difficult decisions have been taken following detailed consultation with our union partners and in line with advice from the various government and public health agencies around the world, given the global nature of the HSBC World Rugby Sevens Series.

“Rugby sevens is a key driver of global growth for our sport, particularly in emerging nations, and it firmly remains a top priority for our organisation. As we begin to see light at the end of the tunnel, 2021 has potential to be a very exciting year for rugby sevens with the Tokyo Olympic Games on the horizon.

“Congratulations to New Zealand on being awarded both the women’s and men’s Series titles following their outstanding and consistent performances prior to the onset of the pandemic, and to Japan for being crowned champions of the inaugural Challenger Series and securing a core place on the HSBC World Rugby Sevens Series 2021.

“We thank our union, commercial and broadcast partners for their continued support and solidarity during this difficult time. We are united in our commitment and will continue to work hard in a spirit of collaboration as we plan for a return to international rugby sevens as soon as safely possible.”