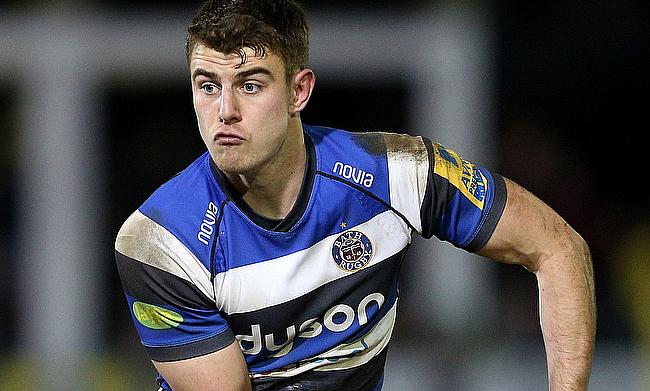 The uncapped centre will move to Sandy Park from Exeter's Aviva Premiership rivals Bath on a three-year contract from next season.

Devoto was among seven uncapped players named by new England head coach Eddie Jones in his squad on Wednesday ahead of this season's RBS 6 Nations Championship.

"Exeter are a very good club, and they've shown over a number of years that they are very ambitious.

" Games I've had in the past against Exeter down there have tended to stick in my mind, so it will be nice to be on the other side of that."

Devoto will strengthen Exeter's back division resources when he links up with the likes of fellow England squad members Sam Hill, Henry Slade and Jack Nowell.

And Exeter head coach Rob Baxter added: "Ollie is a young English player who we have been watching for a while, and we've been impressed with the way he plays and the character he has shown.

"Looking at him, you can see he is a very skilful player and someone who can operate at a very high level.

"His abilities are there for everyone to see, yet we believe there are still areas of his game that we can build upon and develop over time.

" As a club, we are pleased to be able to bring in a player of his calibre, especially in a week when he's got his first call-up to the England squad, and we are looking forward to seeing what he can bring to the club over the next three years."

Devoto's departure at the end of this season is a blow for Bath, who have seen him develop into a consistent high-class performer.

"We've enjoyed watching his development here at the club, and would like to thank him for all his hard work, which we know he will continue to put in until the end of the season."