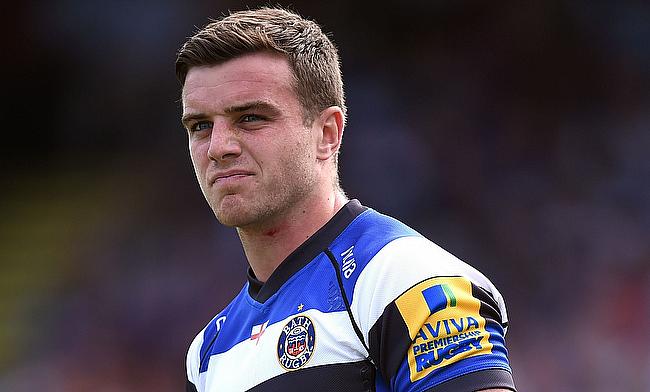 George Ford kicked two drop goals and an early penalty as Bath threatened to pull off a shock win at Stade Felix Mayol.

But a late Frederic Michalak penalty four minutes from time denied Bath an even share of the spoils.

It meant the three-time competition winners maintained their unbeaten record at home in the Champions Cup and closed the gap on Pool Five leaders Wasps to just two points.

Bath picked up a losing bonus point but must now win both their remaining games, against Leinster and a return match against Toulon at the Recreation Ground, to stand any chance of progressing to the quarter-finals.

The visitors lost prop Nick Auterac to injury in the warm-up but still made an ideal start when Matt Banahan exploited a gap in the Toulon midfield, which led to Ford kicking the game's opening points inside three minutes.

But Bath did not lack for ambition, with both Kyle Eastmond and Anthony Watson counter-attacking dangerously throughout.

And when Ford combined with Banahan to release Eastmond straight through the heart of Toulon's defence, the fly-half coolly struck a drop goal to regain the lead.

It did not last until half-time however, and Bath will be frustrated at how they surrendered the lead.

Escande had already missed his second effort when Hooper was penalised for a wild challenge off the ball on Juan Smith - and the scrum-half kicked the equaliser.

Hooper recovered a lost line-out and Ford swept over a long-range drop goal less than two minutes after the break.

However, Bath could not hold on to the advantage as the scrum was penalised - despite having Toulon's set-piece on the back foot - and Escande made it 9-9.

Bath were forced to defend desperately at times. Watson finally halted a blistering break by Tuisova and Semesa Rokoduguni snuffed out the danger out wide with a smothering tackle on Smith.

Hooper then came up with a telling turnover on Quade Cooper as Toulon threatened, before Ford failed to guide a third drop goal effort between the posts from distance.

Chris Cook almost snatched victory for the visitors but failed to control his attempted interception of opposite number Sebastien Tillous-Borde's pass.

And Toulon took the lead for the first time in the 76th minute with what proved to be the matchwinning move. Toulon threw their backline into a driving maul which earned a penalty and replacement Michalak, who entered for the injured James O'Connor at half-time, converted.