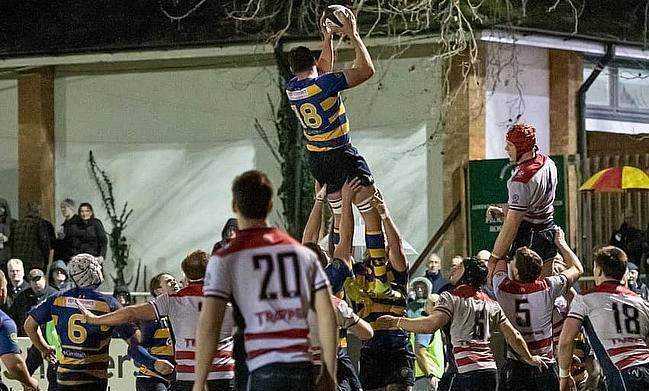 From 2022/23, National One will contain 14 teams whilst National Two will be split into three leagues
©Ian Carter

Exeter's Jack Nowell - The leagues massively helped me make that next step
Steve Grainger Interview: Rugby's return is great - It has been a long time coming
RFU and government outline a return for community rugby
NCA cancel National League Cup and competitive competition for 2020/21

The RFU Council has agreed changes for a new competition structure in the adult male game from the National Leagues and below.

The new measures will come into effect from the 2022/23 season and will see National One remain as one league whilst National Two will consist of three leagues.

The size of the leagues will also be capped at 14 teams (rather than the 16 we currently have) and all teams at a given level will be grouped together geographically to reduce travel times and distance.

The league season will be shortened to address concerns shared by players around the intensity of the current league structure as the RFU have highlighted player welfare as one of their core principles.

In addition, there will be a protected two-week break over the Christmas period and protected weekend breaks (at points to be determined through the season).

A rapid review of competition structures will also take place every three years.

NCA Chairman John Inverdale said: "In the wider context of the game, this is an improved structure that we hope everyone will get behind.

"It offers more clubs the opportunity to call themselves 'National League clubs,' but with that comes greater responsibilities of representing the sport at the semi-professional level. We hope National League clubs and players can continue to thrive as a result of this review."

The recommendations were proposed by the Future Competitions Structure Working Group following an 18-month review into the current competition structure, which has included extensive consultation sessions with Council Members, Constituent Bodies, Club administrators, competition organisers, match officials, coaches and players, in addition to webinars, a national survey and detailed analysis of available data.

Over the coming weeks, members of the Community Game Board and Future Competitions Structure Group will hold Q&A sessions with clubs to provide clarity on the changes.