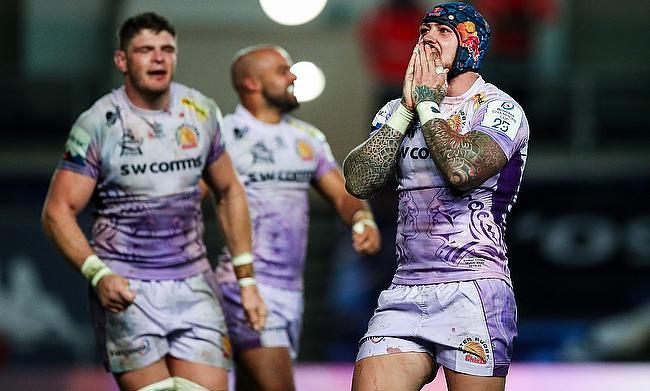 Steve Grainger Interview: Rugby's return is great - It has been a long time coming
RFU and government outline a return for community rugby
NCA cancel National League Cup and competitive competition for 2020/21
Richie Williams Column: 'The pale light that once emerged has quickly faded into the abyss'

Representing Redruth during his time at Truro College, the Exeter Chiefs star has since gone on to represent England on 34 occasions whilst also picking up two Lions Test caps and winning a European Champions Cup as well as two Premiership titles.

Having experienced men’s rugby for a brief period with Pirates Amateurs, the youngster was advised to cut his teeth at a higher level by the Exeter Academy. Because he was so young, Nowell had to get parental permission in order to play at the weekends in National One.

“I didn’t really think about it at the time. It was just one of those things where I loved playing and it was the next step that you had to take. It wasn’t even about pushing in, to be honest. It wasn’t about being a professional rugby player or anything. It was probably just about playing rugby and I always like to challenge myself.

“If I look back on it now, it is crazy that was National One so it was only two leagues below what I am playing now at 16, so it was class, but I didn’t really look at it like that. It was just another game of rugby, but it massively helped me in my development for making that next step into the Premiership.

“I actually went down on loan to Plymouth Albion at 18, so again, it was men’s rugby, but I had already played a year of men’s rugby before. I was already in the roll with it, whereas a lot of the lads that were my age, that was their first bit of men’s rugby.

“It massively helped my development in terms of playing the game and playing against big, strong, physical men and getting beaten up a little bit. It was massive for me at the time.”

Like all Premiership clubs, Exeter lends plenty of their up-and-coming talents to sides in both the Championship and National Leagues.

In recent years, we have seen Sean Lonsdale represent Taunton, Joe Simmonds both Taunton and Plymouth Albion - with brother Sam also plying his trade at Brickfields  - whilst Tom Hendrickson had similar experiences to Nowell.

This week marked the return of training sessions for players across the NCA and below, and Nowell believes plenty of people will head back down to their local sides when clubhouses are allowed to reopen.

“I think [clubs coming back to life] will be massive,” Nowell said. “It [Covid-19] has really affected the players who were actually meant to be playing and involved in these games, but it has also been tough for supporters and fans coming to watch.

“I think it is going to be mental when it does come back fully which I think is good because stuff needs to start rolling a little bit and we need to start getting back to normal and the sooner it happens, the better I think.”

This interview was possible thanks to Jack being a Red Bull Athlete. Joining an elite list of individuals to be sponsored by the conglomerate and has recently been the face of the Decoding Athletes Podcast.

#BackToGrassroots is NCA Rugby’s official celebration for the return of community rugby.