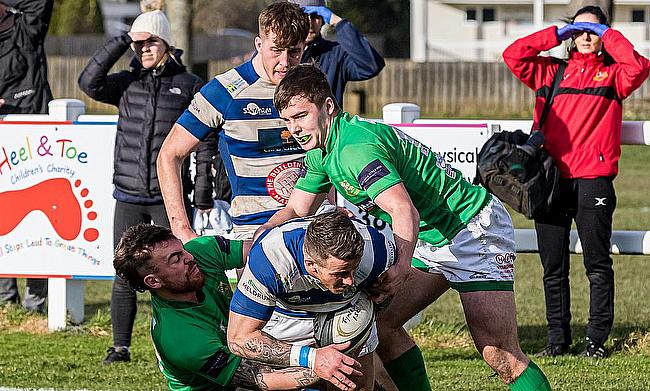 To say the past 12 months have been turbulent is putting things mildly. Rugby clubs have sat largely dormant for this period, but Monday marked the beginning of horizons new as organised sports were able to restart in accordance with Government guidelines.

Today marks the traditional first training session of the week for National League clubs and of course, another huge plus is that the women’s sides, age-grade teams and minis and juniors can all get back onto the pitch as well.

“It is great,” Steve Grainger told ncarugby.com. “Obviously, after the highs and lows of 2020 and the first part of 21, it has been a long time coming, but I think the timing is great as we go into the Easter period.

“It is going to be great hopefully to hear about adults on Tuesday the 30th and then hopefully minis and juniors and age-grade players back on Sunday if the Easter eggs aren’t too much of a distraction at home!”

Of course, the past 12 months have seen each of the 48 NCA clubs step up to serve their communities in the most challenging of times. In the past year alone, we have heard from the likes of Cambridge, Hinckley, Sale FC, Fylde, Rotherham, Bournville and more on how they have supported those most in need.

With the possibility of fans returning to venues at some point this summer, Grainger hopes those who their local clubs have helped will in some way repay that support by going down to clubhouses when appropriate.

“We have always known that the rugby club sits at the heart of the local community. I think what has happened during lockdown is that clubs have taken that to a new level,” Grainger said.

“They have got engaged with community activity, whether that is foodbanks or delivering prescriptions or opening facilities up whenever they can.

Under the directives of both the Government and the RFU, this return to play will be under amended laws, with training sessions not allowed to exceed 20 minutes of contact at this early stage.

In addition to this, there is already rugby to look forward to with Leeds Tykes arranging the Ventur Cup competition between Wharfedale, Huddersfield and Otley. This is pencilled in the diary for between May and June and the centrepiece final is scheduled to be staged at Emerald Headingley.

Naturally, all this is subject to change, a phrase we have all become far too accustomed to these past months, but at present, the prospect of getting rugby back into our lives is an extremely exciting one and Grainger is no different.

“It has been challenging for many clubs to think; do we do stuff this summer or do we wait until September?” Grainger said. “And I think there is a fine balance there, isn’t there?  Between kicking something off at the end of April this year when you are basically going for a full year.

“But equally, people have been out of it for so long that I think some sort of ad hoc activity, where let’s be honest, nobody goes into a game of rugby not wanting to win, but there is no promotion and relegation at stake, there is just a bit of pride and I think, genuinely, most people are just in this for fun and getting back out there on the park at the moment.”

Throughout the coming months, ncarugby.com want to hear from you as you get #BackToGrassroots. To tell us your story, use the hashtag and tag us on social media to tell us what you are looking forward to most about going back to your club.

#BackToGrassroots is NCA Rugby’s official celebration for the return of community rugby.