MLR Players Make Up Over Half of Eagles Squad 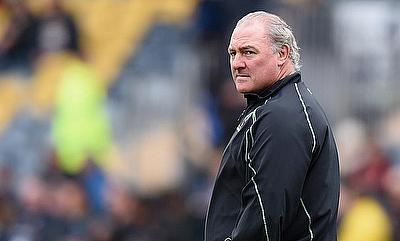 Gary Gold has announced his squad that will take on Russia, Scotland and Canada in their June test series. He has selected 17 players who currently play in Major League Rugby in its debut season.

San Diego players dominate the selection with six out of the 31 players in the Eagles squad coming from the California based club. Dylan Audsley, who has recently been a fixture in the Eagles sides, maintains his place in the international set-up.

Audsley is joined by San Diego teammate Cam Dolan. Dolan is vastly experienced on the international stage and has good club pedigree with Northampton and Cardiff Blues, prior to moving to San Diego.

Gold has only selected two players from the side currently top of the MLR table. Prop Olive Kilifi and hooker Vili Toluta’u have both played integral parts in Seattle’s season so far.

Kilifi currently has over 20 caps and is probably one of the nation’s best scrummagers. Toluta’u has been on the Eagles radar for some time. A gifted rugby player, the hooker has represented the USA Falcons Sevens side at the Las Vegas Invitational.

Bryce Campbell, Glendale’s exciting young centre has played for the USA since 2018 and has an exceptional strike-rate for his country. He is joined by teammates Shaun Davies, Dylan Fawsitt, Ben Landry and John Quill.

Only one Austin player has been selected by Gary Gold for the forthcoming tests. The player selected just so happens to be the league’s current top try scorer; Hanco Germishuys. The back-row has six tries in the MLR and has seen his sides fortunes change as they now are having a tilt at the title.

Fourth placed Utah have also just had only the one player selected. Former Waikato U18s player Paul Lasike has impressed massively since Utah first took to the field. Weighing in at 250lbs, the centre and winger is a very well-rounded player.

Rock-bottom Houston also have just the one player picked by Gary Gold. This player comes in the package of former Munster youth player Paul Mullen. The Irishman has great scrummaging technique, probably as a result of his rugby education in Ireland.

NOLA are the only MLR side not to have any players selected. This will undoubtedly come as a disappointment to the club’s coaching staff and owners, however their results have been too inconsistent and without any stand-out performers.

The USA Eagles will play Russia on the 9th of June, Scotland on the 16th and Canada on the 23rd.