Mike Tindall: England don't need to panic and why there shouldn't be an over-reliance on Tuilagi 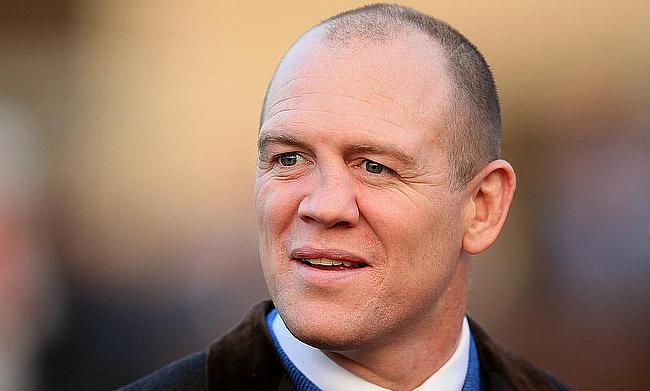 England make eight changes for Italy game
Courtney Lawes to miss England's Six Nations game against Italy
Match Centre: Scotland retain Calcutta Cup with 20-17 win over England
Grant Gilchrist: 'I’ve got a young son that I am missing, but we are in camp with our best mates'

When speaking to World Cup winner Mike Tindall this week, he was keen to play down the swathes of negativity that surrounded England’s 20-17 defeat to Scotland.

Last Saturday night, Eddie Jones’ side collapsed in the final 20 minutes in Edinburgh as the hosts turned the game around to retain the Calcutta Cup.

After any setback in sport, there is usually a post-mortem and at BT Murrayfield, Jones’ selections and decisions were scrutinised come the full-time whistle.

Substituting fly-half Marcus Smith was one of many calls that was under the microscope as England fell to successive defeats against the auld enemy for the first time since 1984.

Asked about his thoughts a couple of days after the opening weekend of the Six Nations, Tindall told TRU: “Everyone is saying it is a disaster England have lost to Scotland back-to-back now for the first time in however many years.

“I think it is a completely different era. If you look at that Scottish team now, never have they had such a strong team.

“England were in a lot of control until Luke's [Cowan-Dickie] yellow card and the penalty try. You then have to say fair play to Scotland. They came back into it, took advantage of the one-man advantage and got that penalty.

“England had their own penalty. They decided not to go for goal and they kicked to the corner before missing the line-out. Whether they will rue that decision or not, who knows. Should they have taken Marcus Smith off? These are all questions that are asked because it didn't end up going our way.

“It is amazing how a few decisions in the last 20 minutes and sort of an unforeseeable situation suddenly leads to whoever having a bad game. I think focusing on these things unfortunately takes the credit away from Scotland.

“People will always have opinions, but the only one that matters to any of the players is Eddie Jones'. They will be licking their wounds but they don’t need to panic. Hopefully they will come back and we will see a fast, high tempo performance against Italy.”

Over the course of this week, the hybrid selection in the backline against Scotland has been one of the main topics of debate, after Jones opted to pair Henry Slade with Elliot Daly in the centres whilst Joe Marchant was pushed out to the wing.

By going with Slade and Daly, their influence with the boot indicated how England wanted to play, but hindsight is a wonderful thing.

Rather than causing Scotland a shedload of problems with accurate kicks, the lack of power in the backline proved to be a problem for England throughout the evening.

Against Italy this weekend, the England boss has reverted to a more traditional pairing of Slade and Marchant at 12 and 13 whilst Jack Nowell starts on the wing and Daly drops to the bench.

But Tindall, who played 75 times in England’s midfield, was keen to stress Jones’ combinations were not far away from securing an excellent win on the road.

He added: “Look, it was always going to be close and it was close, down to the 80th minute. It could have gone to a draw. England could have somehow pulled out a last play of the game and won it, but they didn't.

“I think it is easy to comment on and say things should change after a loss which is not necessarily right. If you went and broke down Henry Slade's and Elliot Daly's game, I don't think you are coming away saying they had terrible games.

“Slade played his role in terms of pushing the kicks round and the same with Elliot. England clearly went in with a game-plan of making Scotland try and attack from deep so there was a lot of kicking, even in Scotland's half, to put them behind, turn them, put some pressure on Hoggy [Stuart Hogg]. I think they thought they could get after Finn Russell, but Finn actually played a great game because he is a world-class player.”

Less than 24 hours after England’s loss, Manu Tuilagi returned for Sale Sharks and showed some of his trademark explosiveness and power which Jones’ side sorely missed in Edinburgh.

The @SaleSharksRugby star chops André Esterhuizen in half seconds after coming on.

Of course, his cameo led to calls for the 30-year-old to immediately come back into the international picture, but the England boss has not listened to the outside noise, with Tuilagi starting for Sale against Worcester Warriors on Saturday.

Tindall played alongside Tuilagi during his England career but thinks they cannot constantly rely on his former international colleague.

“With Manu, Manu has got to be protected,” Tindall said. “He is going through a period where he is struggling to get fit so just because he is coming off the bench and looks great, doesn't necessarily mean he is ready for Test rugby.

“England are fully aware of that. I know that Eddie Jones will be fully aware of that. We don't suddenly want to over-stress a player for one off the bench performance and then bring him back for him then to regress or to do something else because he is not quite match-fit. We have got to learn our lessons from someone like Manu where if he has not had a string of games together, you don't want to put that additional pressure on his body.

“We have always got Manu who is going to come back. That is not the reason why we lost the game in any way, shape or form against Scotland.

“We were missing players like Jonny May, Jonny Hill, Courtney Lawes, a previous captain from the autumn, Owen Farrell so we were also missing these guys. They will naturally come back in and play their roles, but despite the talking points, we were still in a position to win that game.

“I have got no doubt they will go to Italy and they will show us what they are all about and we will move on to Wales and Ireland at home and see where we are properly at."

Mike Tindall, along with James Haskell and Alex Payne, will be taking The Good, The Bad and The Rugby podcast on a LIVE tour from April 29th.

Tickets are on sale NOW from www.cuffeandtaylor.com