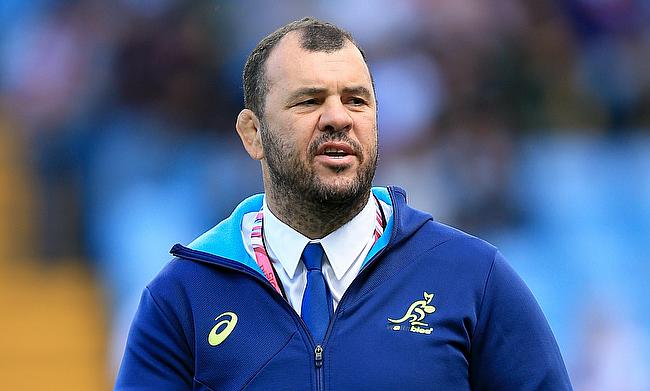 Former Australia head coach Michael Cheika regretted on not finishing the Wallabies role on a high during his five-year stint.

The 53-year-old took in charge of Australia in 2014 and a year later he guided them to a Rugby Championship title in 2015 and also to the final of the World Cup later that year where they lost to the eventual champions New Zealand.

However, the Wallabies endured a tough time since then where they managed just 23 wins from 60 games and also suffered home series defeats to England and Ireland. Cheika eventually quit the job at the end of the 2019 World Cup in Japan where they lost the quarter-final to England 16-40.

“Am I satisfied in the end, mate? No, because I wanted to win a Bledisloe and the World Cup,” Cheika told Fox League.

“I wasn’t able to do that and that hurts me, personally, because I really value the supporter on the street and I know that’s what they want. I see them.

“When you’re coaching your national team, it’s very different to club footy. Number one, you’re not a recruiter, you’re a selector.

“So the next thing you really feel, the day after the game … all the kids, even the people who aren’t rugby people – because you’re representing Australia – they’re feeling how you played the night before.

“You have a big win, everyone’s pumped. You go for recovery, they’re all high-fiving ya, (saying) ‘good on ya’.

“Then the next [game] – I see it in my own family; you know, the kids, they’re all dressed in their jerseys and then the next morning, if we lose, they’re unhappy.