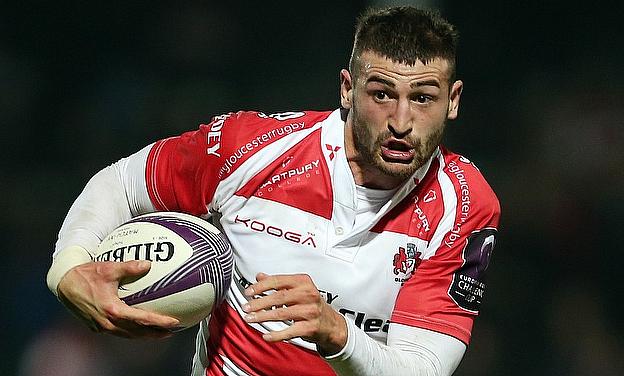 Jonny May is regaining his club form for Gloucester
©PA

As the Premiership comes to a close and the clubs involved enter the mad dash for the finish line, many players are also facing their final chance to show their worth ahead of this years World Cup.

One side that have come into form at the crucial time is Gloucester. Unbeaten at Kingsholm in 2015, European Challenge Cup Champions and potentially Champions Cup rugby next season if the play-offs go their way.

A player central to this form is England outcast Jonny May. Once one of Stuart Lancaster’s bankers, the final few weeks of the 2015 6 Nations saw him lose his place to Jack Nowell, leaving the Gloucester flyer a mountain to climb if he is to win the shirt back for the World Cup.

“Jonny has the x-factor that very few players, not just in England but in World Rugby, don’t have; he can bring something to a game,” said Gloucester Director of Rugby David Humphreys after Gloucester saw off London Irish 35 – 13 last weekend.

“You just need to look at Jonny’s performance over the last few weeks, if there are better wingers in England than he at the minute I would be interested to know who they are,” he continued, clearly bemused by May’s absence from the England side.

It is clear Humphreys backs his boy to reclaim the England spot, and on current club performances it is easy to see why. Man-of-the-match in the Challenge Cup final and a well taken finish against the Exiles bring his Premiership total up to six for this season.

There is no doubt that May could be a world-class finisher, he has the one thing that is truly un-defendable; out and out pace. His try versus the All Blacks last year proved he has the capability to do it, to back up his sensational club form on the international stage.

But, frustratingly, these moments have been few and far between in the white shirt of England. Three tries in 13 appearances have seen the Gloucester man on the receiving and of his fair share of criticism, never doing too much wrong, but never doing too much right, forgettable.

A player with his pace and vision, that regularly lights up the Premiership could bring the razor sharp edge the English back division has been lacking in recent years.

It is clear Humphries believes he should start for England, seeing his as the best winger in the country, but until he brings his club form to the international stage he will never have a vice like grip on his England spot.