Matt Banahan happy to be back in business for Bath 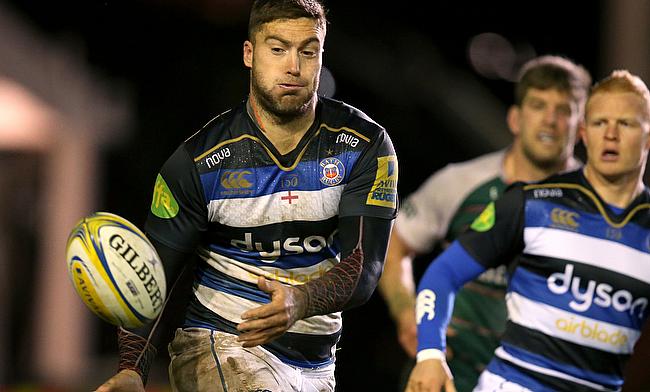 Left wing Matt Banahan crossed for two tries, his first of the season in the Aviva Premiership, as Bath beat bottom club London Irish 25-17 to also claim a first bonus-point win at home.

They managed four tries in as many as nine home league matches last season and Banahan admitted it had been a much harder slog this time.

"It's nice to walk off the pitch having crossed the whitewash twice but the priority was to get the win as a team - and five points too," said the 6ft 7in former England three-quarter.

"The better weather conditions have helped massively. I don't think we've had a dry day here at the Rec since the start of the season five months ago. We were able to play with a smile on our faces."

Banahan has been one of the few players to show some form in a miserable run for Bath, punctuated only by a narrow squeak of a win at Worcester last month.

He said: "I'm not a talker. I've tried to lead through my actions on the pitch. That's all I've done over the last two months. It's always about the team for me - so it's nice to walk off with five points."

First-team coach Neal Hatley was just as relieved but aware that their only bonus point wins have both been against London Irish, who came back in the closing minutes and but for a conversion kick that struck a post would have snatched a losing bonus point.

Tougher assignments lie ahead for Bath, beginning with a trip to Harlequins next Friday night, still without the England trio of George Ford, Anthony Watson and Jonathan Joseph.

"We're now only three blokes away from the strongest back line we can put out," said Hatley.

"We are disappointed about letting in a try at the end. We need to make sure we are more relentless and ruthless for the full 80 minutes. We need also to work on our defensive scrums and line-out defence."

There was no post-match reaction from the Irish camp and they sit eight points adrift at the foot of the table.