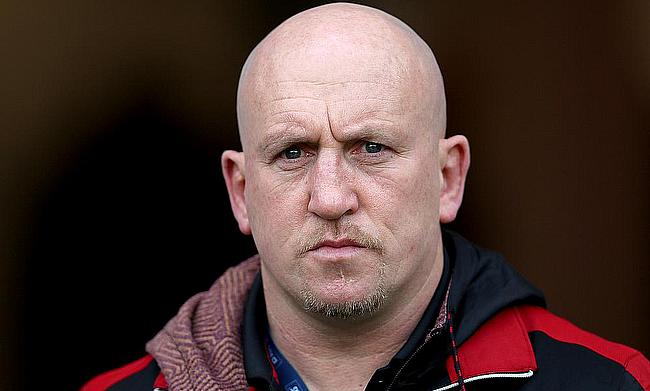 Shaun Edwards is as engaging as ever. Five minutes before our interview is set to begin, his name pops up on my phone.

“Hiya mate, are we doing this over Zoom because I am just trying to re-download it now?!”

We eventually settle on a traditional phone call but even before we kick off our conversation, Edwards’s commitment to making sure everything is in place, even for the smallest things in life, is clear.

His attention to detail on the rugby field is also extremely noticeable. Since the defence coach stepped away from his role with Wales at the end of last year and into the French set-up, Les Bleus have been revitalised.

Following Edwards’s arrival, Fabien Galthié has guided the country to four wins from five matches and with preparations for the 2023 World Cup in France also continuing, the fervour surrounding the host nation is beginning to build due to their upturn in performances and results.

He may not say it himself, but Edwards deserves credit for France’s change in fortunes. He knows what it takes to be successful, having been a serial winner with Wigan during his illustrious rugby league career.

When he moved across to rugby union and into the coaching environment, he celebrated honours at Wasps as well as Grand Slam titles with Wales, but now the world’s best defence coach is trying to guide France to some silverware.

His influence across different facets of the French team is helping them evolve. In last Saturday’s 38-21 victory over Wales, for the most part, Les Bleus made things awkward for Wayne Pivac’s side and they rarely allowed the visitors to create any threatening opportunities in Paris.

The hosts were actually 10-0 down after just seven minutes but Edwards was pleased by their reaction to find a route back into the contest, something which has been a problem for France in times gone by.

“We were certainly slow out of the blocks,” Edwards exclusively tells TRU. “We were pleased by the response because in the past, particularly against Scotland earlier in the Six Nations, I think we were trying to play too much when we went behind.

“We had spoken about this side of our game through the summer, about just staying in the game. You look at all the great teams, they always just stay in the game, don’t they? They don’t try to solve the problem immediately because sometimes it just gets worse.”

Following Leigh Halfpenny’s early score, Wales were only able to cross the French try-line on one more occasion as the home side’s defence started to assert their authority.

The back-row combination of François Cros, skipper Charles Ollivon and Greg Alldritt dominated their respective collisions and the balance between the trio is something which Edwards was keen to explain.

“What we have done in the back-row is Greg is the leader in the forwards because Charles has a lot on his plate with him being captain as well. You don’t want to overload people with too much responsibility.

“We want Charles playing at his absolute best. Charles is an incredible attacking player. The number of tries he has been scoring recently has been phenomenal for a forward and I don’t want to load his head up with too much information so the balance we have in that back-row is good.

“We have talked about Charles and Greg, but François was our man of the match within our playing group last weekend. I thought he was absolutely outstanding. As long as we can keep those guys injury-free and highly motivated, we should be going into the future with bright hopes.”

And it is not just in the engine room where Edwards has been able to have an impact defensively.

The contribution of centre Gaël Fickou has been impressive, with the Stade Français man sensing every opportunity to shut down opposition attacks: “He has been brilliant,” adds Edwards. “He leads the defence and he will still be able to do that on Saturday.

“We have other leaders within the system who support Gaël as I have mentioned, but in the end, he is my mouth out there on the pitch and he is always trying to give the players confidence to go out there and defend vigorously.”

Fickou has been shifted out to the wing for Saturday’s Six Nations finale against Ireland, and France will hoping two of their players in the centre of the park can light up Paris again on Saturday night.

In last week’s win over Wales, their excellent decision making in the heat of battle was evident and their class shone through on the international stage with Dupont scoring two tries and Ntamack slotting 13 points from the tee.

The Toulouse duo are seen as key players in France’s revolution and Edwards has high hopes for the young half-back pairing: “To see the way they played last week was very encouraging. We obviously put up the names of who has been selected in the team for every position and I look down the list and sometimes I am like ‘What?!!’ He’s 23 and the other is 21! We have a couple of 30-year-olds, but not many! Sometimes I am quite staggered when I look at the teamsheet and see the ages of these guys!

“The thing about playing in that position is, it is about making other players look good as well and that is a big part of Antonie’s job in particular. We know how fantastic he is at running the ball and how explosive he is, but as he is getting older, we feel he is maturing and he is making other players look good which is what great half-backs do.”

France will be keen to get Dupont on the ball as much as possible this weekend, but staying disciplined will be vital for Les Bleus if they are to keep their own Six Nations title dreams alive.

Marvellous from Dupont as France find another try

Against Wales, they conceded six penalties in the opening 23 minutes and with Ireland potentially needing to chase a bonus-point win in Paris to maintain their championship hopes, Edwards knows how important it will be to limit their opportunities.

“We have spoken very, very harshly about this this week. We need to be more disciplined. We still want to make the ruck a contest without a shadow of doubt because contesting the ball is the essence of a game in rugby union, but we need to do it in a legal manner.”

If this weekend’s belated ‘Super Saturday’ clash against Ireland at the Stade de France wasn’t generating enough hype already, the meeting between the two sides also has a sub-plot attached to it with Edwards coming up against his old friend, Andy Farrell.

The Ireland head coach was a teenager when he came into an all-conquering Wigan side captained by Edwards, but the former Warriors skipper has never been surprised by the rise of Farrell in both codes of the sport.

“He ended up being the captain when I was later into my career!” Edwards adds. “I actually played some of my best rugby under Andy as captain. He was an excellent leader and you could tell from when he was 13, 14, 15, how good he was going to be. He certainly didn’t disappoint because he became the best rugby league player in the world and he has gone on to be a fantastic coach. None of what he has done or is doing with Ireland now has surprised me because he not only had the ability, but he also has the right attitude.”

Friendships and respect will be put to one side on Saturday night as both France and Ireland set their sights on the Six Nations crown. Edwards knows the title is still up for grabs if results go their way and he sees this weekend’s game as another small piece in the bigger picture for France.

“We are playing against a team who are regulars in a position we want to be which is in the top four of the world,” Edwards continues. “Ireland have been in that position for the last five or six years with them winning Six Nations and they have had regular Heineken Cup winners so they have pretty much been where we want to go to. We have huge respect for them because of the success they have had in the past, but we are pretty determined to try and get there.”

With the rugby chat out of the way, our time is drawing to a close but Edwards knows how important a positive performance on the pitch could be to help with matters away from the field.

France have recently entered a second national lockdown to tackle the increasing number of coronavirus infections and with Edwards being the patron of Looseheadz, a mental health awareness foundation, he understands the need to keep spirits high during this difficult time.

“It is a tough time and we should be able to put smiles on people’s faces just for an hour and a half. We will do our best to do that because the French supporters are really backing the team to do well and we want to keep everyone positive.”

Whether it is organising a watertight defence, chatting Six Nations, talking to yours truly or discussing issues in society, Shaun Edwards is as engaging as ever.