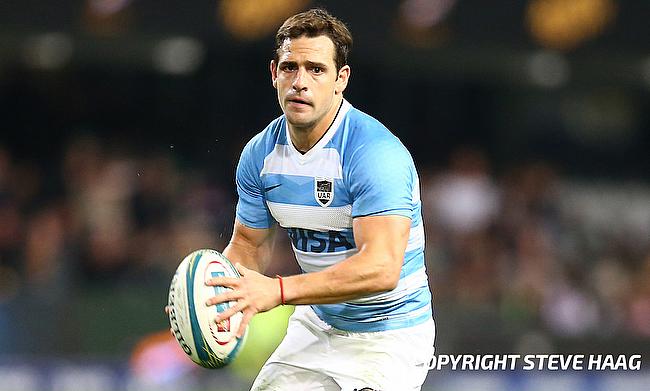 Nicolas Sanchez kicked three penalties in the final quarter as Argentina came from behind to secure a 15-15 draw against Argentina at McDonald Jones Stadium on Saturday.

The result means all the three teams are with six points in the table after the fourth round with the All Blacks still holding the top place due to better point difference while Argentina and Australia are at second and third respectively.

The Pumas headed into the encounter brimming with confidence after beating New Zealand for the first time in the previous game and in the opening five minutes it was Reece Hodge and Sanchez scoring a penalty apiece for their respective sides to have the scores level at 3-3.

Australia thought they got their opening try when Tom Banks and Tom Wright combined but was successfully kept out by Argentina. By the 31st minute, a second penalty kick from Sanchez put Argentina into front but Hodge ensured Dave Rennie's side went into the break with a 9-6 lead with back to back penalty kicks.

Despite being down on the numbers, Argentina managed to keep Australia restricted but after they returned to full strength a 57th minute penalty kick from Hodge took the hosts to 15-6 lead. However, Sanchez made Australia pay for their mistakes as he slotted three penalties in the 57th, 68th and 71st minutes despite rain pouring down to level the scores 15-15.

Hodge had a chance to win the match for the Wallabies but with his penalty going wide in the closing stage, the teams had to share the points equally.