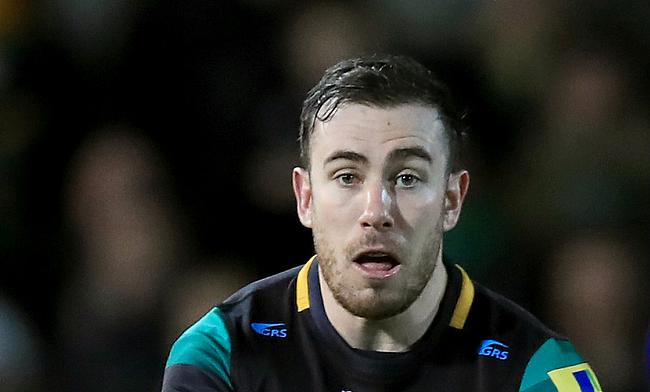 JJ Hanrahan suffered an injury in the second quarter
©PA

Gavin Coombes scored a hat-trick as Munster maintained their perfect start in the ongoing Pro14 season with a 38-22 win over Ospreys at Thomond Park on Sunday.

This is fifth win for Munster from as many games as they maintain the top position in Conference B while Ospreys are at third place in Conference A.

Ospreys started the game with a setback in the second minute as Bradley Davies left the field with a shoulder injury. They overcame the setback as a kick from Matt Protheroe was gathered by Luke Morgan on his way over the line in the seventh minute and Stephen Myler kicked the conversion.

Coombes helped the home side level the scores as he sped past three defenders to touchdown in the 14th minute that JJ Hanrahan improved it and soon they seized the lead with Mike Haley's try in the 19th minute.

Rory Scannell kicked the conversion but they had their own injury problems with Hanrahan leaving the field. A penalty kick from Ben Healy in the 24th minute made the scoreline 17-7.

Just over the half-hour mark, Myler kicked a three-pointer to reduce the deficit to seven points but in the 36th minute the visitors were reduced to 14-men temporarily with Luke Morgan was sin-binned for a deliberate knock on and immediately Munster responded with Kevin O'Bryne's touchdown as the teams headed into the break with a 24-10 scoreline.

There was no respite whatsoever for the Welsh regional side as Coombes scored two more tries at the start of the second half taking their lead to 38-10. Ospreys with a try from Dewi Lake in the 64th minute had a 23-point deficit heading into the final 10 minutes.

With Munster losing skipper Jack O'Donoghue to yellow-card in the 74th minute that also resulted in a penalty try for Ospreys but the Irish side went on to win the encounter by a comfortable 16-point margin.