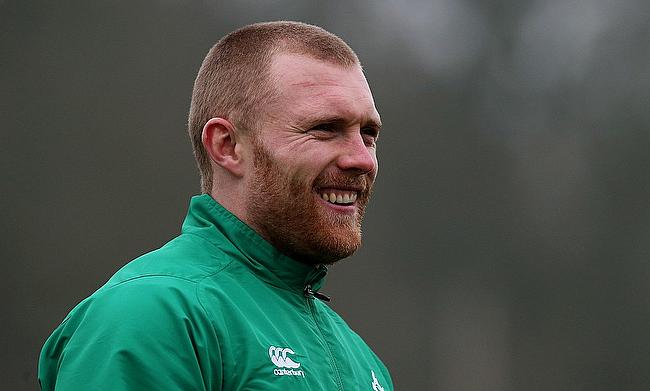 Keith Earls scored a double as Ireland finished the Autumn Nations Cup with a third place after beating Scotland 31-16 at Aviva Stadium on Saturday.

Johnny Sexton and debutant Jaco van der Walt missed a penalty apiece in the opening 10 minutes. However, the Scotland fly-half started the proceedings with back to back penalties in the 13th and 20th minutes to make it 0-6.

Sexton reduced the arrears with a three-pointer in the 23rd minute but that was cancelled out by van der Walt with a penalty goal of his own in the 27th minute taking the scoreline to 3-9.

Scotland were reduced to 14-men temporarily when Duncan Taylor was yellow-carded for a deliberate knock-on in the 31st minute and Ireland made full use of the numerical advantage with Sexton's penalty goal followed by Earls' touchdown at the stroke of half-time taking them to a lead of 11-9 in the opening half.

Ireland were the quickest to get off the block in the second half with Cian Healy powering his way to the right of the posts with Sexton's conversion making the scoreline 18-9.

Peter O'Mahony played a pivotal role in setting up Earls for his second try in the game that came in the 50th minute and with Sexton once again spot on with the conversion took the home side's lead to 16 points.

Scotland were desperate for a breakthrough and it came through Duhan van der Merwe as he sped past Rob Herring and Jacob Stockdale to dot down in the 56th minute that van der Walt improved to reduce the gap down to nine points.

Sexton, who recently overcame a hamstring injury was forced to leave the field in the 64th minute but his replacement Ross Byrne kicked back to back penalties in the 66th and 76th minutes to complete a 31-16 win for Andy Farrell's men.