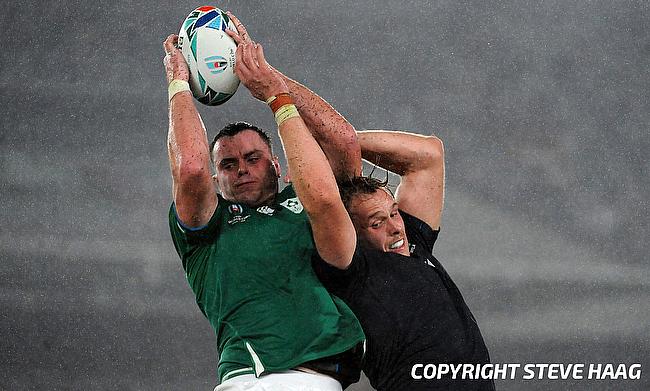 Ireland head coach Andy Farrell has made four changes to the starting line-up for the second round clash in the Autumn Nations Cup against England to be played at Twickenham Stadium.

With Johnny Sexton ruled out with an injury, Ross Byrne has been slotted at number 10 while Hugo Keenan moves from right wing to replace Jacob Stockdale at fullback with Keith Earls returning into the line-up.

Bundee Aki comes at centre in the place of injured Robbie Henshaw partnering in the midfield with Chris Farrell.

There is also return for CJ Stander at blindside with Peter O’Mahony making a comeback at openside while Rob Herring, Ed Byrne, Finlay Bealham, Ian Henderson, Will Connors, Conor Murray, Billy Burns and Stockdale will provide impact from the bench.