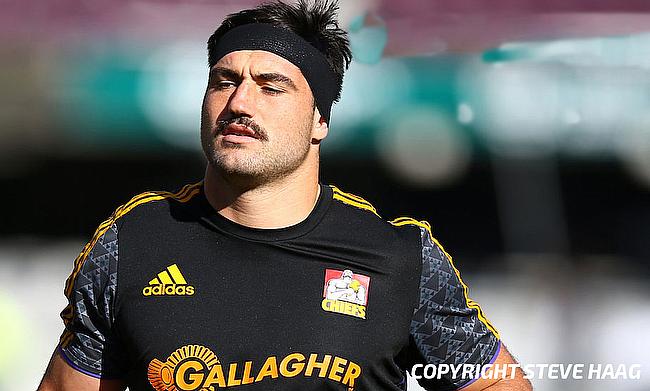 New Zealand racked up 16 tries as they trounced USA and kick started their end of the year tour with a massive 90-point victory in Washington DC.

The game also Sam Cane making a comeback for the All Blacks after recovering from his injury as he came off from the bench in the 50th minute.

The All Blacks started the game in a dominating manner with Luke Jacobson dotting down in the opening minute after good work from George Bridge and Finlay Christie. Ethan De Groot and Will Jordan further extended New Zealand's lead with back to back touchdowns in the 6th and 10th minutes respectively.

The fourth try for the All Blacks came in the 13th minute with Damian McKenzie also crossing over and it was relentless approach from the visitors as Jordan set up Jacobson as he completed his second. Richie Mo'unga slotted four conversions as Ian Foster's men raced to a 0-33 lead in the opening quarter.

Mo’unga added further agony to the home side with New Zealand's fifth try which he also improved making it 0-40. Jordan was instrumental in New Zealand's dominant display as he completed his second try in 30th minute and helped Angus Taavao touchdown in the 34th minute as the tally crossed the 50-point mark and just before the break Quinn Tupaea also dived from close range as New Zealand amassed 59 points in the opening half.

USA finally had a response at the stroke of half time with Nate Augspurger sprinting 40m to go over the line and Luke Carty's conversion took them to seven points heading into the second half.

New Zealand extended their try-scoring form into the second half as well with Taavao scoring his second in the 42nd minute and Dalton Papalii also dived from close range with their lead becoming 7-73.