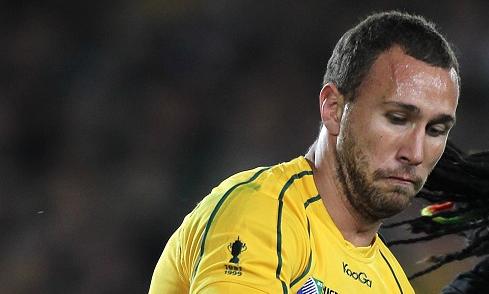 Quade Cooper kicked the decisive penalty goal in the added minutes as Australia snatched a thrilling 28-26 win over South Africa in the third round of the Rugby Championship in Gold Coast on Sunday.

Cooper playing his first game in four years showed his class as he contributed 23 out of the 28 points scored by the Wallabies in the game.

It was Handre Pollard though started the proceedings as he kicked an early penalty goal after the Wallabies were penalised at ruck to take the Springboks to a 3-0 lead.

The Wallabies responded back strong two minutes later with this time Cooper slotting a perfect kick after Australia went on to win a penalty at breakdown before Pollard restored South Africa's three-point lead with a 11th minute three-pointer making it 6-3.

The scores were levelled once again in the 14th minute as South Africa were penalised at breakdown and Pollard ensured there was no mistake in kicking his second penalty goal.

The opening try of the game came in the 17th minute when Samu Kerevi sent a perfect long pass that Andrew Kellaway seized to dot down and Cooper kicked the conversion as the opening quarter ended with a 6-13 lead for Dave Rennie's side.

The World Champions bounced back as Bongi Mbonambi dotted down in the 28th minute but Pollard failed to kick the conversion as the gap between the teams remained at two points. With Cooper kicking two more penalty goals, Australia were the happier of the team heading into the break with a 11-19 lead.

Pollard with an early penalty goal in the second half with a three-pointer brought the gap down to five points but their chances were hampered as Willie le Roux was sin-binned in the 51st minute for a deliberate knock down. Cooper with another three-pointer made the scoreline 14-22 and despite the numerical disadvantage the Boks pushed forward with a powerful maul at the end of which Malcolm Marx went over.

With Pollard kicking the conversion, the scoreline became 21-22 but Cooper restored four-point lead for Australia after Jasper Wiese was penalized for not releasing the ball at the ruck. The Springboks maul was once again vital in them taking control with Marx completing his second try in the 72nd minute but Damian Willemse missed the conversion making it 26-25 before Cooper's kick helped Australia to their first win in the competition.